Lead up to Christmas Eve (and the Midnight Feast) 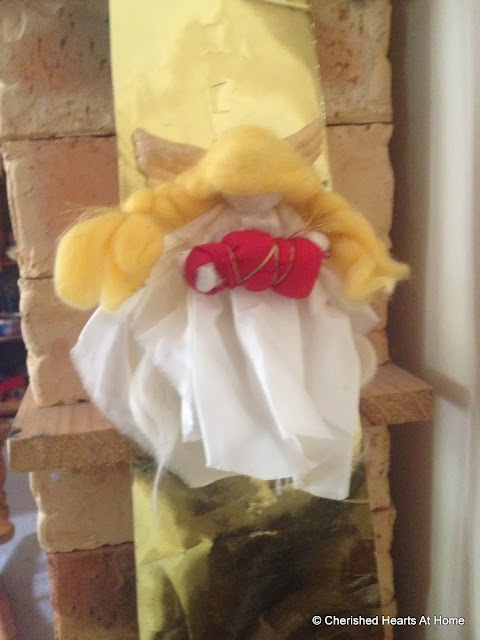 Finally getting back to this post. Sigh......
My laptop computer has been broken since the start of Advent and thus I have had to fight the children for the use of one of our only 2 computers in the house, so my ability to post, even when I am keen has been severely hampered, sigh again........ hint, hint......
And so on with the original post-

The last few days, well the last week of Advent leading up to Christmas eve were in fact a source of ongoing hardship for us as a family, a series of unfortunate events as much of the last year has been really.

We loaned our second car to our son as he had someone run into him and damage his car enough that he had to have it in the repair shop until just before Christmas. Then our own big van broke down again, seriously this is just such a financial drainer of a thing now, and we needed to get our small car back from Braedon and Anna-Lisa and share this car among all of us

Then to top it all off we had a really big hit of a gastro that went through the family and we were recovering on Christmas Eve, in fact we were not sure we could even get to Mass for a while but managed when we had no recurring instances for some hours.

So in fact we kind of lost the plot on the last things we had been planning to do in our Advent Study as well as other last minute things.

Our children were most upset as they really wanted and had planned to be part of the Bethlehem that is put on one of the local parishes every year. We loved it last year and all year they had been planning on being involved with this.
Of course we did not want to infect others and really how much fun is it to be dressing up and  then throwing up over the people coming to be part of this reenactment.
Again all is in motion for next year on this.

Thankfully we were able to call on Braedon and Anna again to pick up the last minute groceries and the presents we had on lay by for a long time and deliver them to us later in the day. It was a awful day in town and we were so thankful they could do this for us. 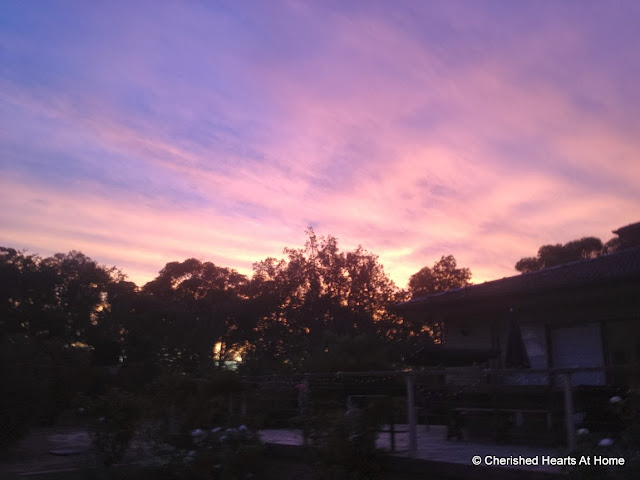 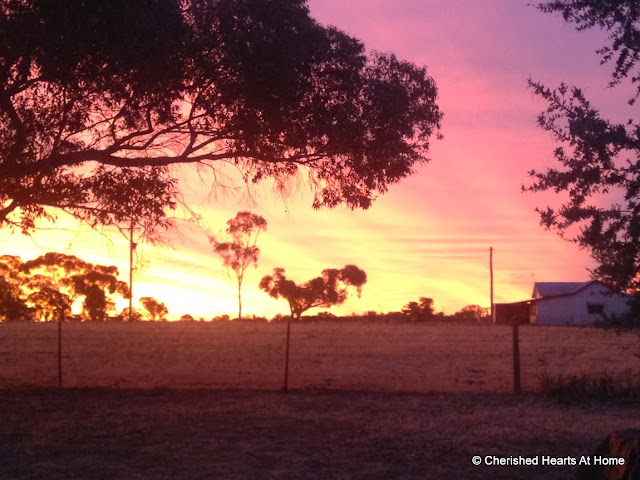 So very very beautiful and not to hot at all! 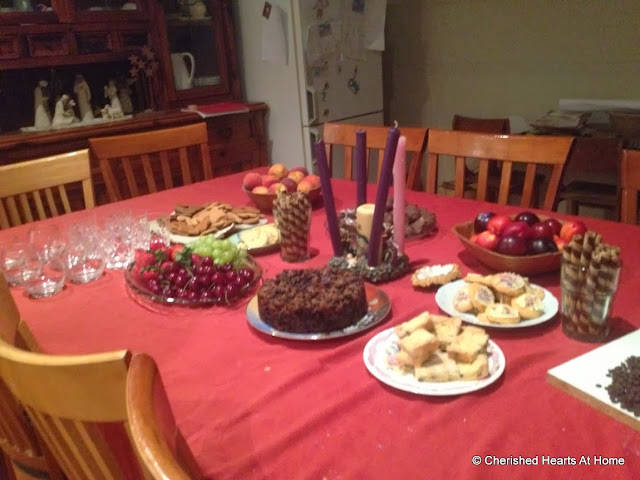 While the little ones slept prior to being woken up for Mass we (the older kids and I) prepared the feast for when we came home. 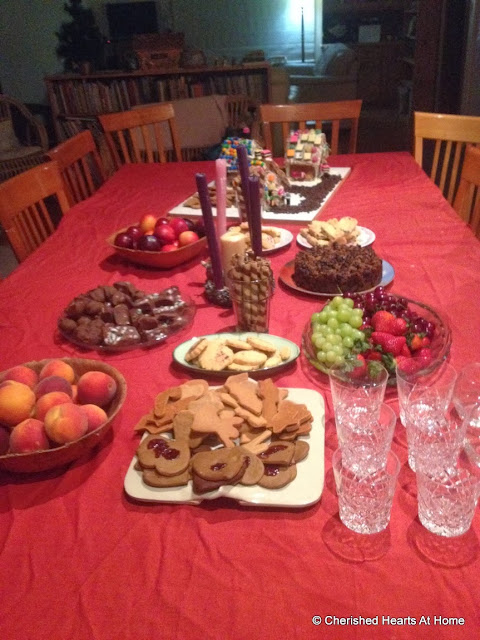 Our cookie baking schedule was quite reduced due to the illness but we had some of each type of cookie for the feast but sadly no one was that interested in eating too much, although the eggnog was still consumed at a good rate. 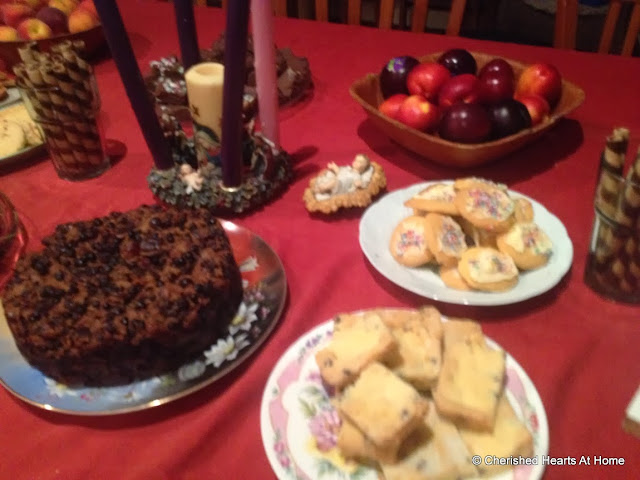 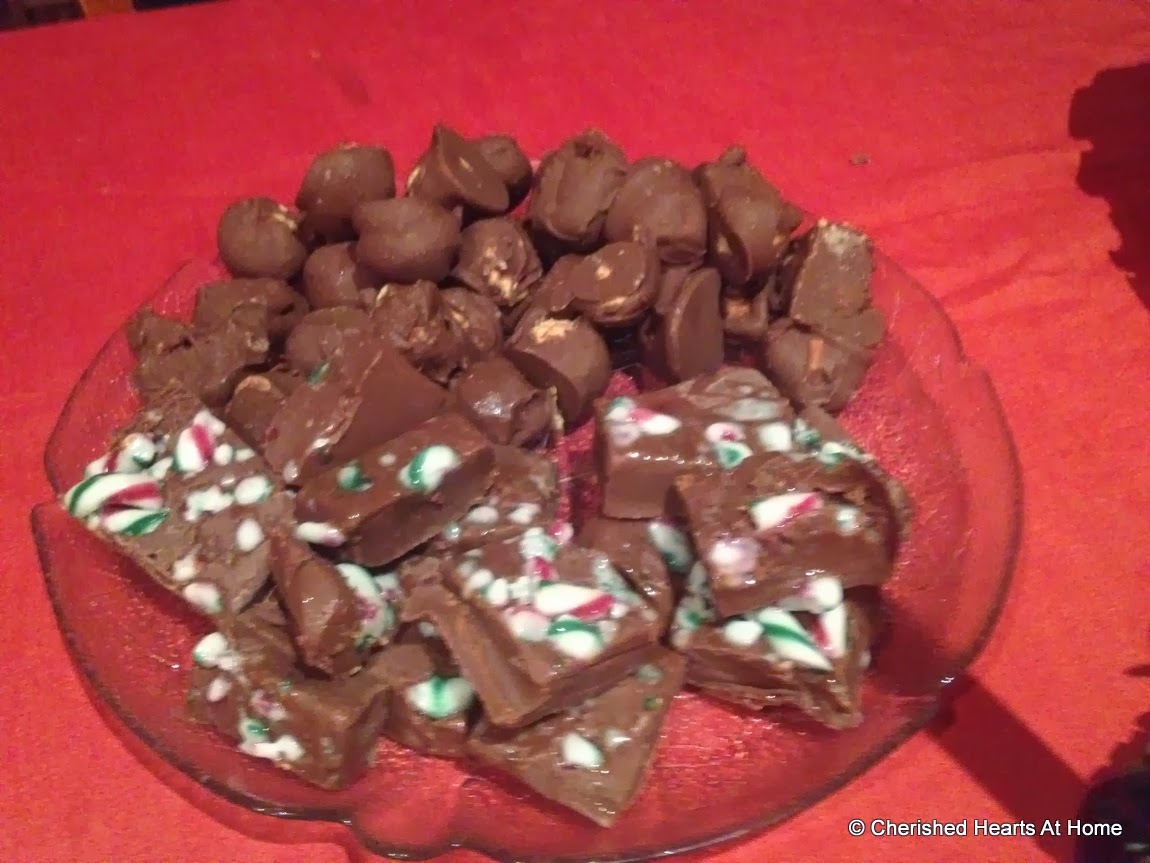 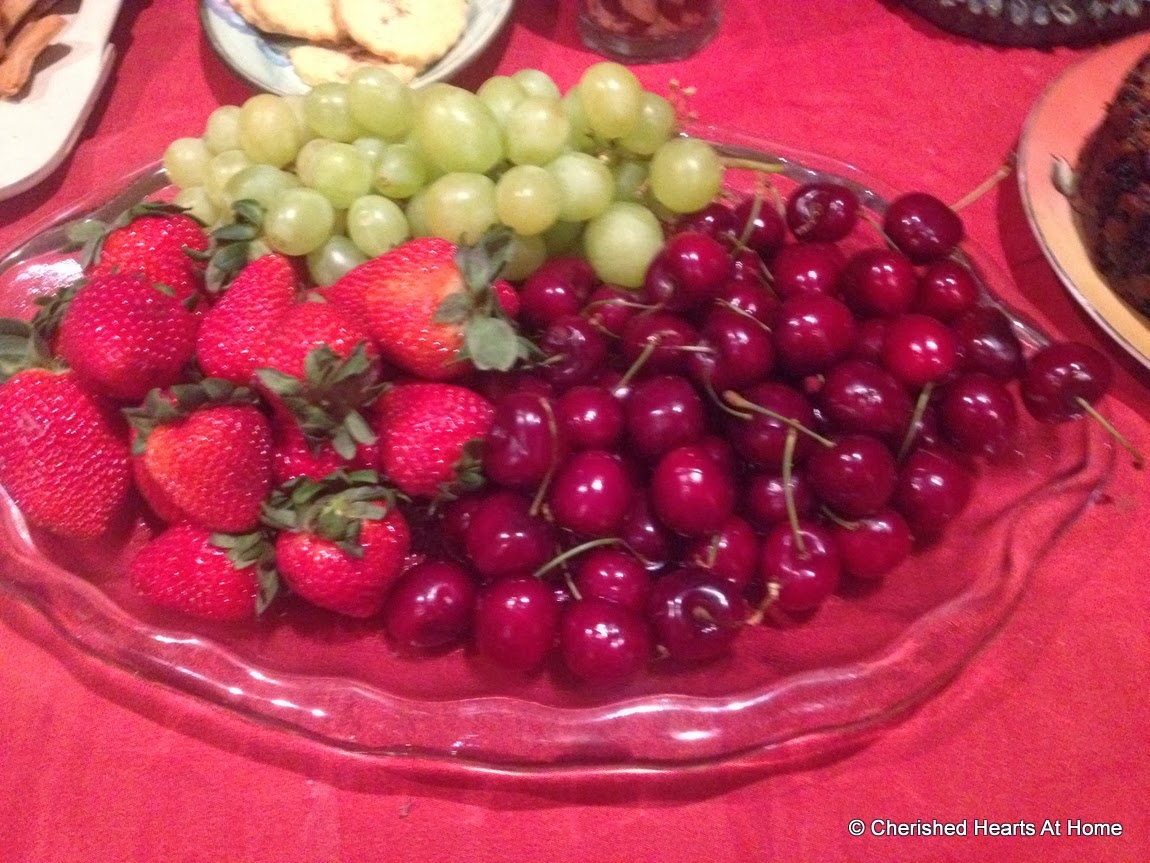 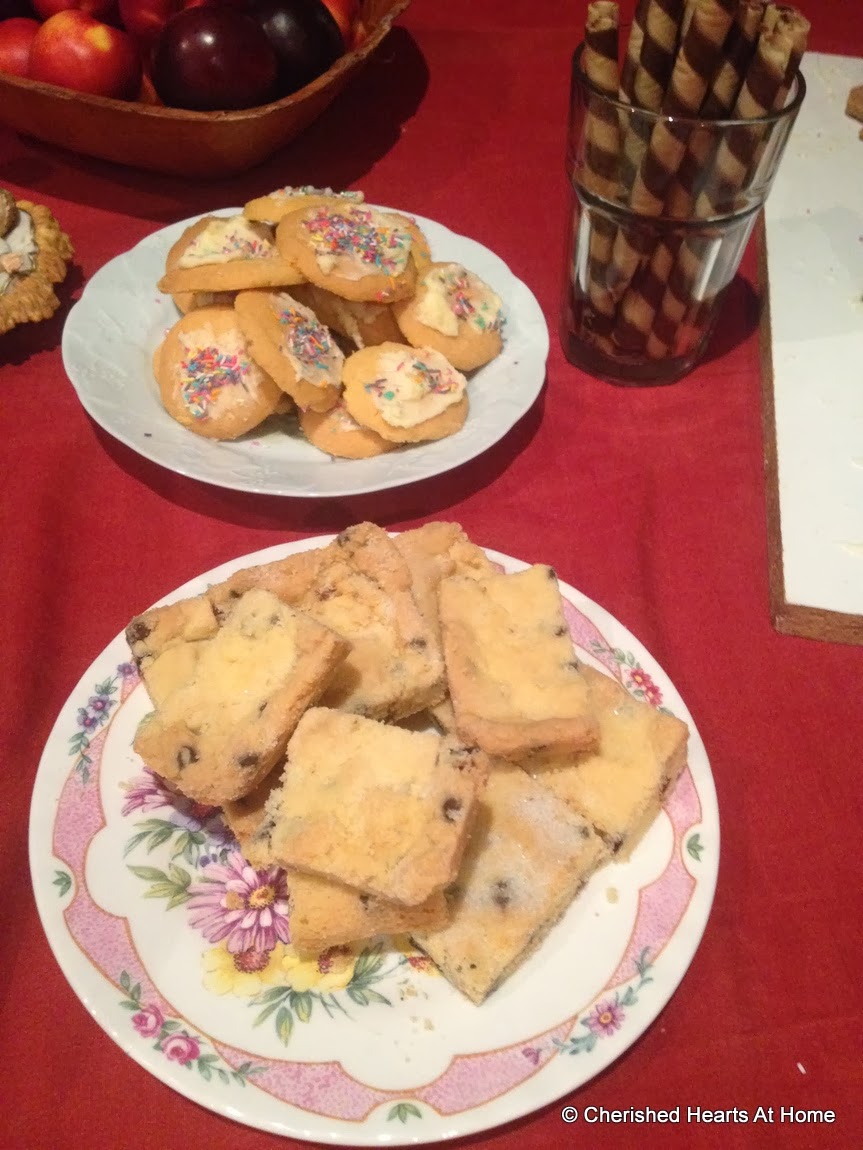 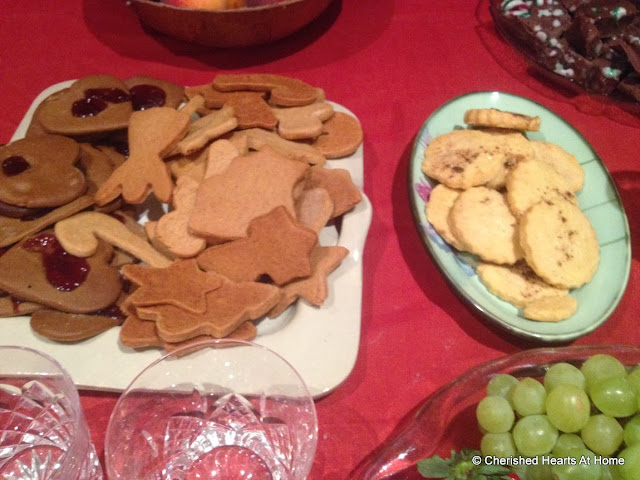 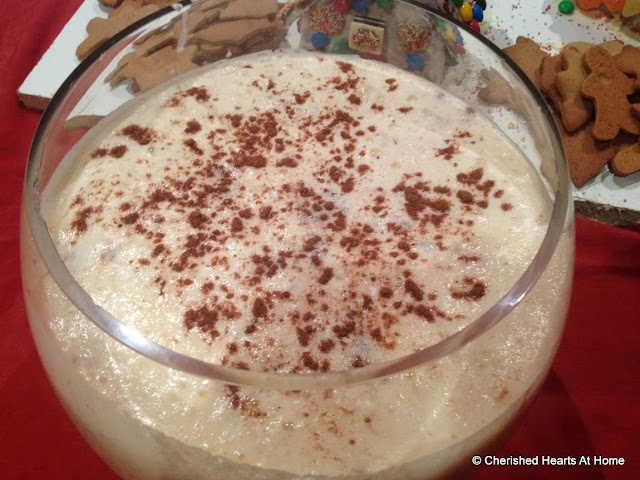 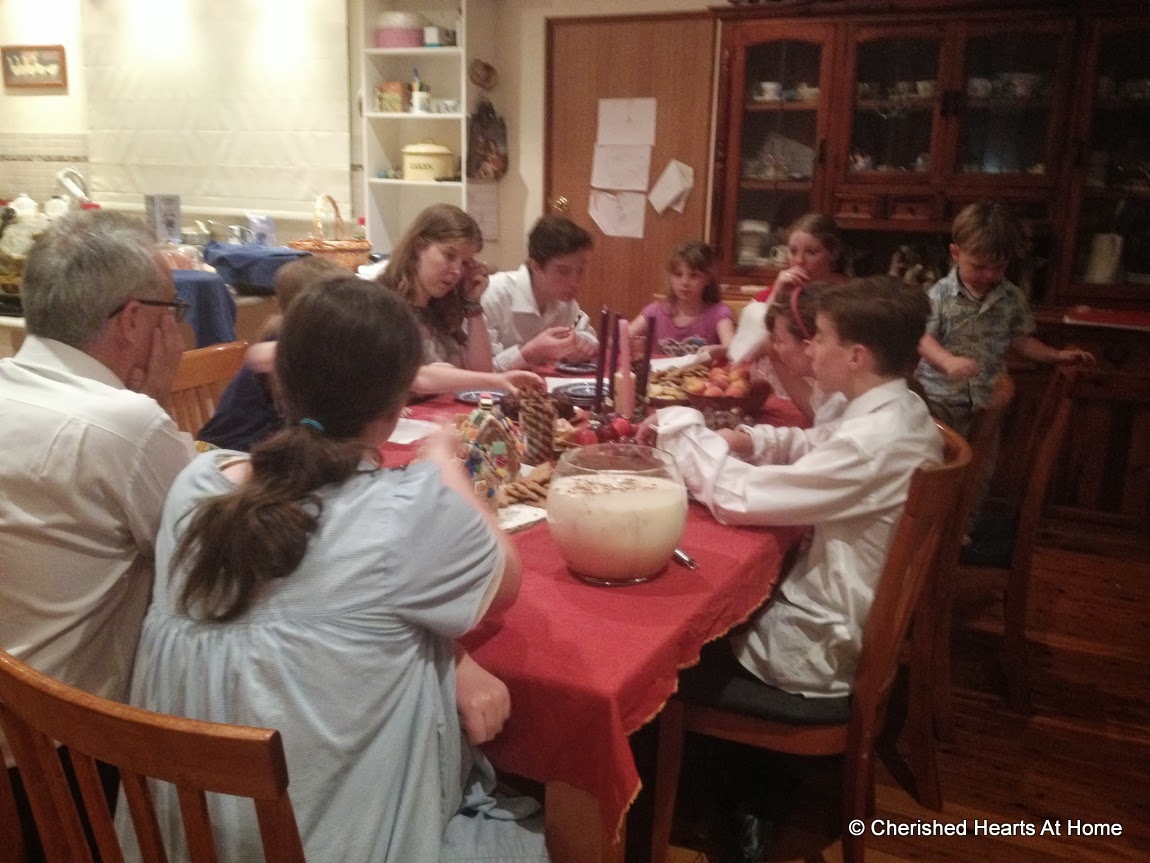 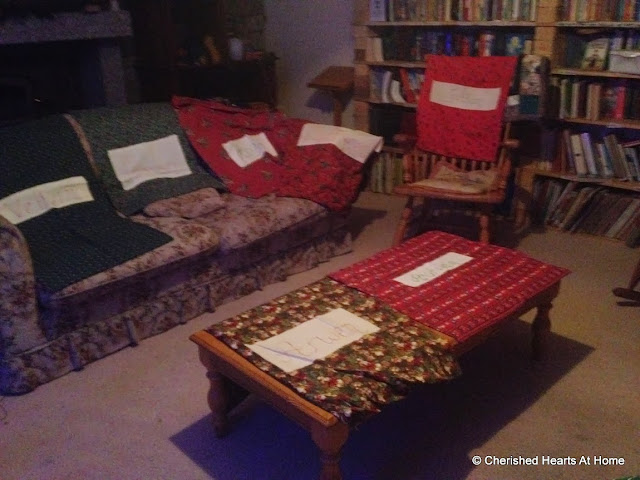 The Christmas bags are then placed out ready to be filled and the children go to bed while Stephen, well me mostly every year put the presents in the bags before heading off to bed around 6 am on Christmas morning. 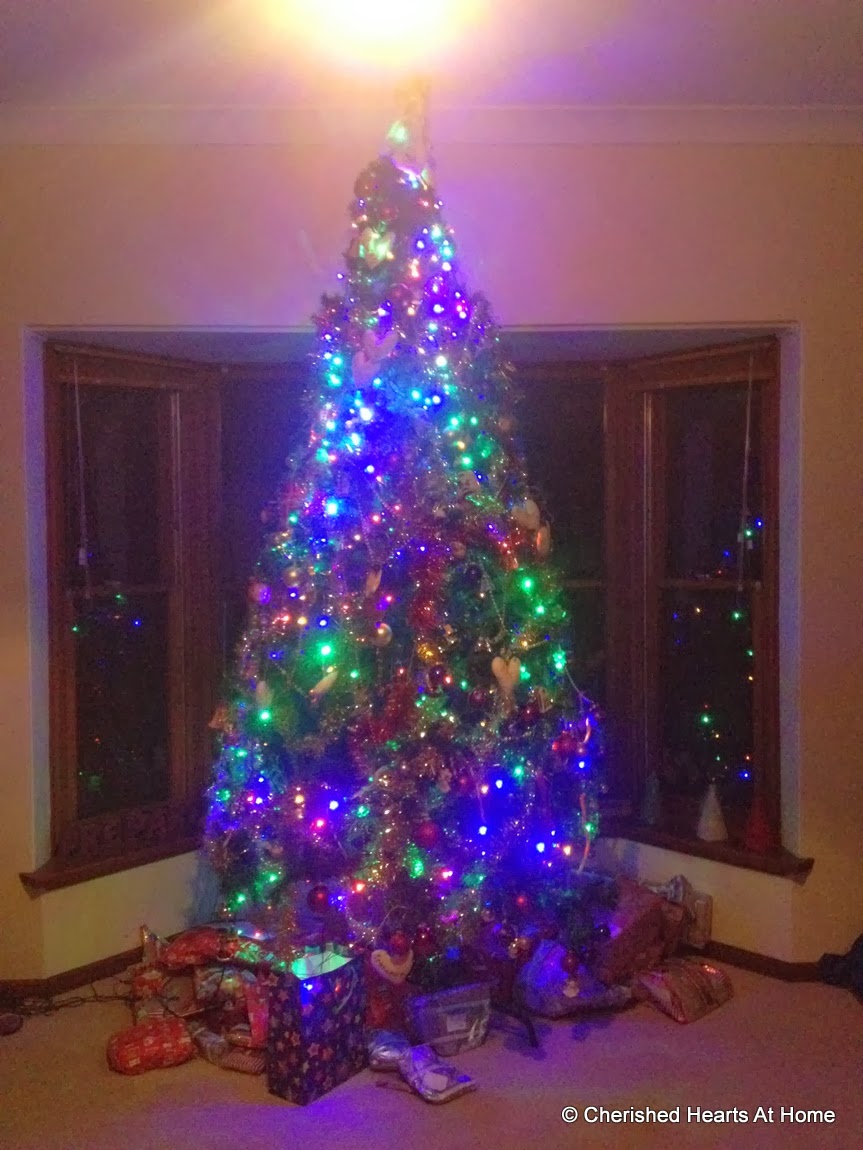 The presents under the tree are actually family gifts. Gifts the children have either bought or made (mostly made especially for the younger children) for each other and for us. So after filling the bags, checking all is good for the night, you know -last minute things like changing the altar cloth to white, putting baby Jesus into his manger bed and the small but significant things that say CHRISTMAS MORNING in our home, it was off to bed to be roused by excited children at around 9am.
I know!! They are so good but remember they did not get to bed till about 3:30am themselves.

So a Merry Christmas Eve was had by us and celebrated in a subdued fashion but still with all the joy and faith we have for the Birth of our Lord!!