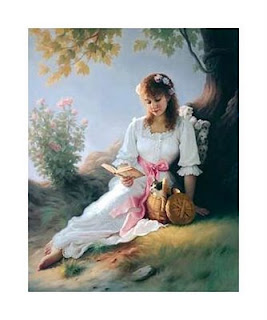 As part of our lesson work for each week the children have to learn as part of their Memory work (there other requirements as well) a poem or part of if it is very long.
Today as they recited them they decided to dress up as part of the presentation.

♥ Here are their selections ♥

Sir Nicketty Nox was an ancient knight,
so old was he that he'd lost his sight.
blind as a mole, and slim as a fox,
and dry as a stick was Sir Nicketty Nox.

His sword and buckler were old and cracked,
so was his charger and that's a fact.
thin as a rake from head to hocks,
was this rickety nag of Sir Nicketty Nox.

A wife he had and daughters three,
and all were as old, as old could be.
they mended the shirts and darned the socks,
of that old antiquity, Nicketty Nox.

Sir Nicketty Nox would fly in rage
if anyone tried to guess his age.
he'd mouth and mutter and tear his locks,
this pernickety Nicketty Nox. 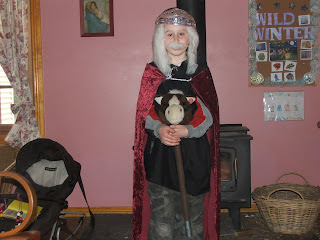 Recited by Rogan dressed up as Sir Nicketty Nox

He'd a French cocked hat on his forehead, and a bunch of lace at his chin;
He'd a coat of the claret velvet, and breeches of fine doe-skin.
They fitted with never a wrinkle; his boots were up to his thigh!
And he rode with a jeweled twinkle—
His rapier hilt a-twinkle—
His pistol butts a-twinkle, under the jeweled sky.

Over the cobbles he clattered and clashed in the dark inn-yard,
He tapped with his whip on the shutters, but all was locked and barred,
He whistled a tune to the window, and who should be waiting there
But the landlord's black-eyed daughter—
Bess, the landlord's daughter—
Plaiting a dark red love-knot into her long black hair. 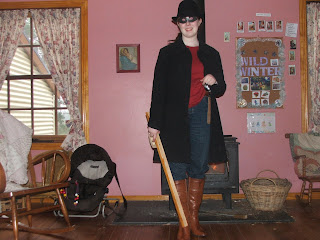 Recited by Autumn as the Highwasy man
(Autumn only learnt 3 verses this week and will work her way through this over a number of weeks.)


WHERE GO THE BOATS:Robert Louis Stephenson

Dark brown is the river,
Golden is the sand,
It flows along for ever
With trees on either hand.

Green leaves a-floating,
Castles of the foam,
Boats of mine a-boating--
Where will all come home?

Away down the river,
A hundred miles or more
Other little children
Shall bring my boats ashore 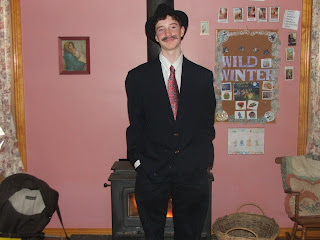 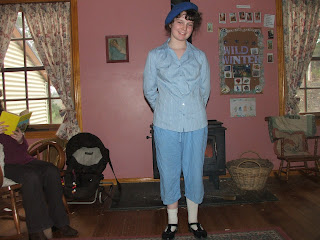 Captain my Captain! our fearful trip is done,
The ship has weathered every rack, the prize we sought is won,
The port is near, the bells I hear, the people all exulting,
While follow eyes the steady keel, the vessel grim and daring;
But O heart! heart! heart!
O the bleeding drops of red,
Where on the deck my Captain lies,
Fallen cold and dead.

O Captain! my Captain! rise up and hear the bells;
Rise up--for you the flag is flung for you the bugle trills,
For you bouquets and ribboned wreaths for you the shores a-crowding,
For you they call, the swaying mass, their eager faces turning;
Here Captain! dear father!
This arm beneath your head!
It is some dream that on the deck,
You've fallen cold and dead.

My Captain does not answer, his lips are pale and still;
My father does not feel my arm, he has no pulse nor will;
The ship is anchored safe and sound, its voyage closed and done;
From fearful trip the victor ship comes in with object won;
Exult O shores, and ring O bells!
But I, with mournful tread,
Walk the deck my Captain lies,
Fallen cold and dead. 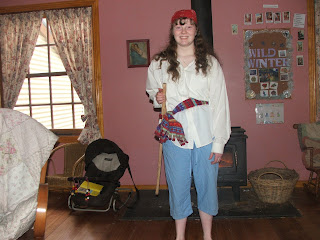 Recited by Eden dressed as a pirate. 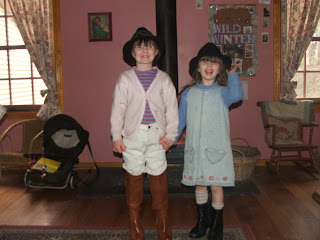 Moran and Myffwyn as Nancy Drew and her Twin ☺

THIS IS ABSOLUTELY FABULOUS!!! Oh what great friends our children would be were we back yard neighbors!!!! Thanks for sharing Gae!

What a great idea. Can you recommend some favourite poetry books?

What absolutely wonderful poetry, and they look as if they thoroughly enjoyed reciting it.
Blessings,
Jillian
<><

I will get back on the poetry books we use. I just have had a busy few days and will get the titles together with authors and let you know.
God Bless ♥