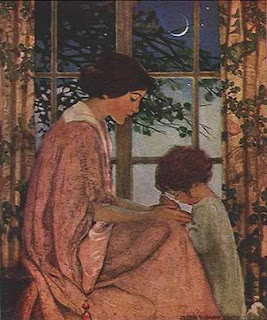 For all those people who have been generous with their prayers for Moran as well as advice and support we wish to thank you for that.
Moran had her EEG on Friday and I must say it was a nerve racking time for her as well as me. Stephen who was fortunately able to come (I can see God's hand in this small miracle) as well as Braedon who was the helper with Arwen also had an "interesting" time.

Moran went fairly well with the procedure considering her responses in this type of situation. She was quite tense as we drove the 1 hour to get there and as soon as we got out of the car I could see she was getting more tense.
This increased as soon as we got into the little room for the procedure. Stephen wasn't allowed to come in so it was just Moran and me. I was a little tense because I hadn't had time to breast feed Arwen before we went in as the Technician (Dasha) hurried us up due to her other arrangements. I had told her on the phone that we would need more time for this because of Moran's anxiety in these sort of situations.

After we had finished and she had seen how Moran responded in the situation she told me that she had NOT BELIEVED me when I said Moran would not respond well to the EEG and we would need extra time, because her experience had said "all 7 year olds are able to cope with it".
I don't think she will be able to say that now. Dasha told me after wards that in her 25 years experience she had never had a child react as Moran had.

Having said this I did think Moran coped pretty well for her.
I had not seen an EEG before and even though we had read about it and Dasha had told us about it we still did not have the whole picture. I had prepared Moran as best I could but was not told of the part that really upset her. This was the part were after Dasha drew on her scalp, pushing very hard with a blue pencil, she then used an abrasive sand paper type mix to RUB back and forth on each pencil mark before putting on the electrode covered in goop and sticking this on with tape.

I think you may remember how I mentioned Moran's sensitivity issues and her inability to have her hair done without "fuss", that she has problems with touch by others, so this piece of information about sandpaper rub was a vital piece of important information for us, as I had tried to prepare her for all that would happen.

As there were I think, 38 electrodes this was a LONG process. The final straw came when Dasha wanted to put the final three electrodes on her forehead. I cannot describe how stressed and upset Moran became at this point. Finally I was able to get her to a point where she was able to put the electrodes on. At this stage Dasha decided the heart monitoring electrode was not too important.

When we finally got to the stage of having her set up Moran was not going to sit by herself on the recliner chair, so I sat on it and she lay on top of me. During this time I had heard little Arwen crying out in the waiting area and was concerned that I would not be able to go to her to feed her. It was only by prayer that I was able to relax myself at this stage and ask our Blessed Mother to help Moran, Myself and Arwen. Without Mary's help I doubt we could have proceeded.

After she had lain still ( or as best as she could) for about 30 mins the testing was over. Dasha had to rush off even before Moran was disconnected from the electrodes. She did tell me very quickly because she did not have time to process the results, because she was taking a friend to the airport, hence her not giving us the extra time, that she could not see and epileptic activity.
She did say though that Morans results did show some abnormality for a 7 year old and that it was sluggish. What that means we do not know. The readings will be sent to the Child EEG Specialist in Melbourne and he will interpret the results. Then we will be given more answers ....hopefully.
Dasha also indicated that Moran probably would need and MRI or Cat scan. These she said "would need to be done under sedation due to her panic attacks".

After Dasha left a lovely Enrolled nurse came into help remove the electrodes. This was again a very 'interesting' experience, and in the end Moran took all of them out herself. Mean while I could here poor little Awen's distressed crying in the waiting room. As soon as I could I went out (when Moran was comfortable with me going) to get Arwen and bring her back in to feed her while we finished tidying up Moran.

After this ordeal we all went to McDonalds for a treat. This was Moran's "reward" after her testing and she had been looking forward to it for some days. We enjoy McDonalds even though other people don't and it is a special treat for us to have more that an ice-cream cone.

This left us only the trip back home to attend to and seeing how the rest of the children had gone in our absence and then to prepare for Kynan's Birthday the next day.
We then had a very busy weekend, and had to take Stephen back to Launceston to catch his plane, which he missed check in time for by 2 mins, and so have brought him home again to maybe fly out tomorrow, if he has recovered from the racking cough her has.
So this is the first time I have had to update those who are have been praying and interested in how Moran went.

Once again I wish to thank all those who have been giving their time in prayer, for those who have taken the time to send advise and encouragement. We have felt very blessed by you all and quite humbled by that support and so very, very grateful for it all so to all of you a big

I get so angry when medical personnel, teachers, etc. try to tell me how my child will behave in a given situation - based on how other children react. The other children aren't mine! And I know my child better than someone they've never met!! I'm glad you're home and Moran is out of that environment.

Sounds like Dasha needs to get her priorities in line (and not project how people will fare under any kind of experience).

I'm glad the EEG is over and hoping you get some answers soon!! *hugs and prayers*

I am offering up my day and prayers for you and your family.

Gae, have you looked into occupational therapy for sensory integration issues? They use brush therapy and other exercises to help children adjust to touch. _The Out-of-Sync Child_ is the basic book for sensory issues... you may have read it already, but just in case! Occupational therapy did help my oldest with some of his sensory issues, and he, too, has always had issues with touch.

Anyway - I'll be praying. The unfeelingness of many in the medical profession always leaves me feeling exasperated.

I agree with Angel. I did wonder frm what you have written if your dughter, Moran might not have sensory disintergration disorder which encompasses sensory issues and meltdowns inducted by sensory overload. Occupational therapy if that is the case is the way to go with deep brushing and other pressure treatments as part of a sensory diet as OTs call it. My youngest has autism and he has some of the sensory issues mainly auditory problems but he is improving with this due to a home auditory retraining program.

Hope things improve for you and Moran

Thank you all for your advice and support.

Angel and Karnak yes I will follow up that advice and see if we can get the book from the library today.
We are following up appointments for her today as well. Hopefully getting one by the end of next week.
God Bless

Hi Gae,
I'm glad that Moran did well (under the circumstances), and I'm praying and believing that you will soon have the answers that you are seeking. :D
God bless you,
Jillian
<><