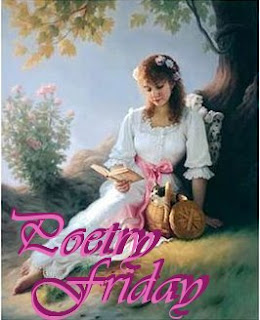 I did not mention last week that the children also do other memory work that they are tested on each Friday.
This includes:
1) 5 Latin or Greek words with their meanings as well,
2) Spelling words
3) The poem selection below
4) The psalm that will be read in the coming up week at mass and
5) Times tables

1. The things we have heard and understood,
the things our fathers have told us,
we will tell to the next generation:
the glories of the Lord and his might.
2. He commanded the clouds above
and opened the gates of heaven.
He rained down manna for their food,
and gave them bread from heaven
3. Mere men ate the bread of angels.
He sent them abundance of food.
he brought them to his holy land,
to the mountain which his right hand had won.

There was no dressing up for the poems this week, just recitation.

These are Autumn's Selected verses for this week from her :The Highway Man

And dark in the dark old inn-yard a stable-wicket creaked
Where Tim the ostler listened; his face was white and peaked;
His eyes were hollows of madness, his hair like mouldy hay,
But he loved the landlord's daughter,
The landlord's red-lipped daughter,
Dumb as a dog he listened, and he heard the robber say—

He rose upright in the stirrups; he scarce could reach her hand,

He did not come in the dawning; he did not come at noon
And out o' the tawny sunset, before the rise o' the moon,
When the road was a gypsy's ribbon, looping the purple moor,
A red-coat troop came marching—
Marching—marching—
King George's men came matching, up to the old inn-door.

Saxon selected this poem:
He is learning these verses for this week from:

A CHILD'S DREAM by Frances Cornford

I HAD a little dog, and my dog was very small;
He licked me in the face, and he answered to my call;
Of all the treasures that were mine, I loved him most of all.

His nose was fresh as morning dew and blacker than the night;
I thought that it could even snuff the shadows and the light ;
And his tail he held bravely, like a banner in a fight.

His body covered thick with hair was very good to smell ;
His little stomach underneath was pink as any shell;
And I loved him and honoured him, more than words can tell.

We ran out in the morning, both of us, to play,
Up and down across the fields for all the sunny day ;
But he ran so swiftly — he ran right away.

SPAGHETTI -by Frank Flynn
A plate heaped high
with spaghetti
all covered with tomato sauce
is just about my favourite meal.
It looks just like a gigantic heap of:
steaming
tangled
mixed
up
twizzled
twisted
wound
up
woozled
WORMS!
I like picking them up
one at a time;
swallowing them slowly
head first,
until the tail flips
across my cheek
before finally wriggling
down my throat.
But best of all,
when I’ve finished eating
I go and look in a mirror
because the tomato sauce
smeared around my mouth
makes me look like a clown

Rogan learnt this poem: by R.L. Stephenson
Singing-
Of speckled eggs the birdie sings
And nests among the trees;
The sailor sings of ropes and things
In ships upon the seas.