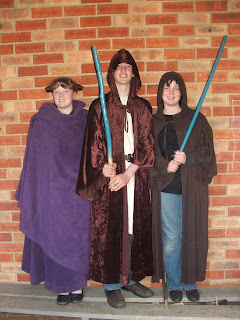 The children were very keen to have a Star Wars Day on May 19th as it is 5 years since episode 3 was released.
WE had missed International Star Wars day on the 4th.

We made some plans for the day that included Dressing up, food and making light sabers (even though we have made them before and still have them) as well as some puzzles and colouring pages.

Because they love Star Wars so much that our children have started a Star Wars blog A Galaxy Far Far Away. They are just starting it and adding things as they go and time permits.

Here are the plans we had worked out for the day:
1. Dress up as a character form the Movie Series.
2. Watch a Star Wars movie
3, Play Star Wars Trivial Pursuit
4. Play tar Wars Monopoly and the mini Trivia game
5. Make light sabers from scratch
6. Have Light saber duels

More 'schooly ' ideas to do:
1. Make a Star Wars flag
2. Make a word search
3. Make a Star Wars Character quiz cards using books we have
4. Colour in pictures
5. Draw your favourite character
6. Write out a mission for the Jedi's to to
a) in flowery Star Wars language using Star Wars terminology etc.
b) and in understandable everyday language

This is a post I did last year when the children were making Star Wars lightsaber handles in more detatil. 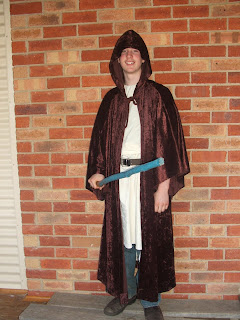 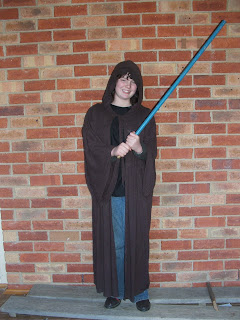 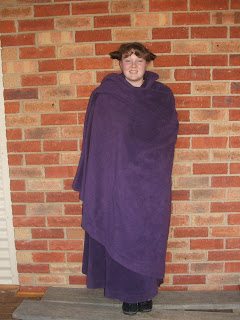 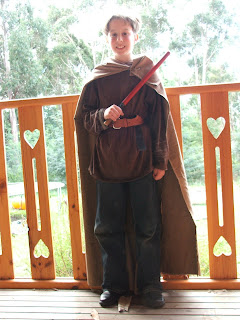 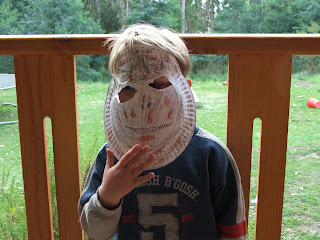 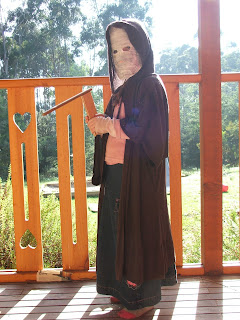 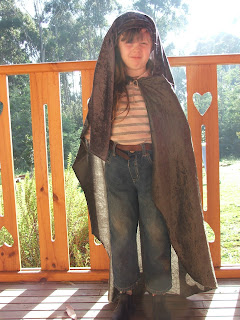 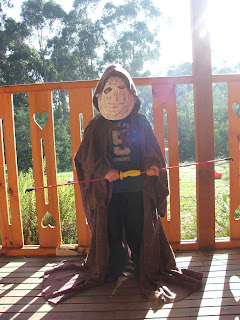 Corbyn as Darth Maul
Corbyn and Moran's masks were made from paper plates. 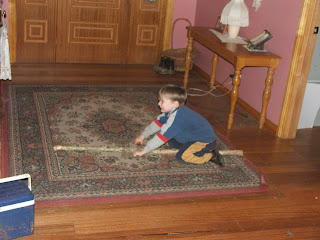 Corbyn chiseling back his light saber 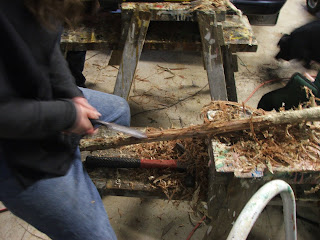 The children made light saber's from Tea-tree Tree's 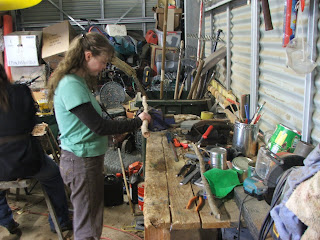 Eden using the vice and sanding her light saber. 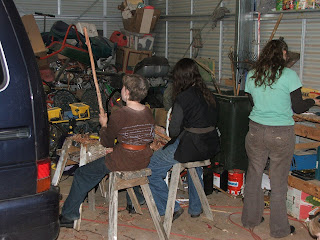 Everyone working on the light saber's 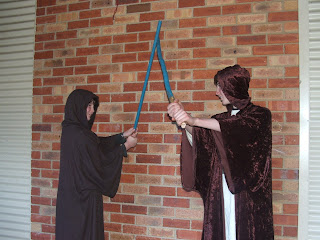 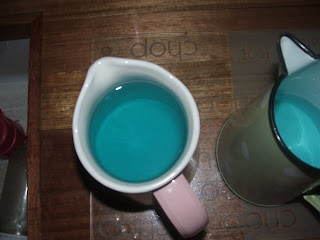 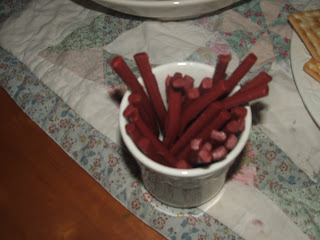 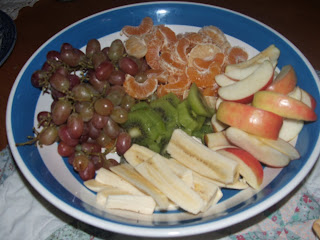 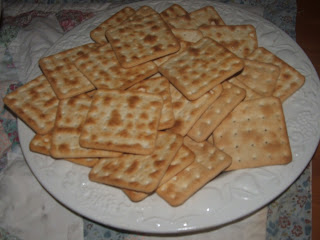 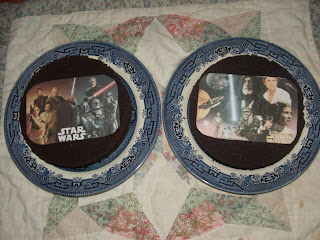 Umm, I cheated and bought Woolie's mud cakes and cut out pictures form the Internet. Yea, pretty slack I know, but I had had a long day. 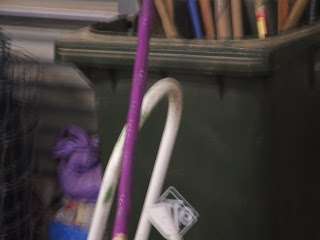 Another version of light saber's. This time one of our broom handles. 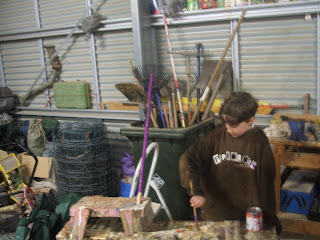 Painting the light sabers (all were painted even the Tea-tree ones) in Jedi and Sith colours for each person. 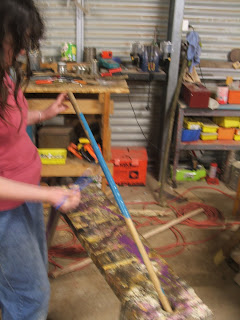 The children had a very good and fun day, well two days as we didn't cover all in one day.

May the Force be with you!!

Looks like you had a lot of fun. What I love about reading your blog posts like these is the amount of creativity that goes into it on your part and your children's part.

oh wow. what a production. you are very creative in your costume makings! I love them. I will have to check out the links you provide. coincidentally, last night, Star Wars I was on tv and my daughter saw it for the first time. she was loving it -- especially C3PO. At only 3 years old, she's the youngest star wars fan I know. I love your new blog button. I just copied it for my blog!

Too fun! We have some big StarWars fans in this house too, in fact we just picked up a StarWars game from Toy World for 10 dollars. It's similar to Ludo with a few extra twists. I love all your ideas, the boys were thinking of inviting an uncle over for a StarWars night so many ideas to consider now! ;)

You do realise that one day your kids future employers and girl/boy friends will stumble across this stuff. Not fair.