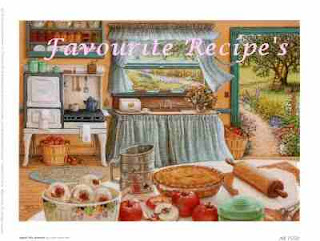 We have been making this yogurt for at least 6 months now and I told Kim I would share it with her.
The children love it and I have to keep making it for when we finish the one we have in the fridge.


• 8 cups ( I use just store bought milk as that is what I can get)
• 1/2 cup live/active plain yogurt (to be used as a "starter", like sourdough) ( I like Dairy Farmers Thick and Creamy Vanilla Yogurt)
• Optional ~ I add about 1/4 cup of full cream milk powder for thickener (Nadja told me about this great way to thicken it)
• Crockpot
• Heavy bath towel or blanket

In a 4-quart slow cooker, turn cooker to low and pour in milk. Cover and allow to cook for two and a half hours.

After two and a half hours have elapsed, turn off cooker, unplug from wall and allow to sit, covered, for three hours.

Three hours later, whisk in starter yogurt and I add about 1/4 cup of full cream milk powder fr thickening and re-cover. Cover/Wrap the entire crockpot with a large bath towel or blanket and leave on your counter for eight hours.

After eight hours have elapsed, your yogurt is done! I normally lift the entire crock out of the base and keep it in my fridge until I have time to decant into something smaller . . .

This makes a fantastic smooth yogurt with just the right hint of tang. It tastes better than anything I've ever bought.
Go. Make It Now.

From: The Year of Slow Cooking ~ If you want it a bit thicker (I often prefer Greek-style yogurt) simply line a colander with cheese cloth or coffee filters, , place over a bowl and pour yogurt into it. The whey will drain off into the bowl (collect it and store it in your fridge for a few months for other cooking - I use mine to soak grains, make lacto-fermented foods or just add some to smoothies for extra nutrients) and you'll be left with a thick, creamy yogurt.

Allow to drain longer for yogurt cheese, which you can use just like cream cheese.

If you want to flavor it, now is the time! Stir or blend in fresh or frozen fruit of your choice and maybe even a little honey for sweetness. YUM!

Thanks so much for posting this. I have been trying not to do so much flavored yogurt with my children with all the added sugar. I will be trying this recipe soon!!

oh definitely going to try this Gae. Thanks for the recipe.

YUM! I am so going to try this - Elise LOVES her yogurt but it's hard to find without added "stuff". Not anymore! :D Thank you for posting, Gae!

I've been making this for about a year now and at first the kids didn't like it, but after being weaned off of store bought yogurt they love it. I'll put some honey or home made jelly in it for flavor and they eat it up. I actually put some in the crockpot this morning to make and it will be done around bed time.