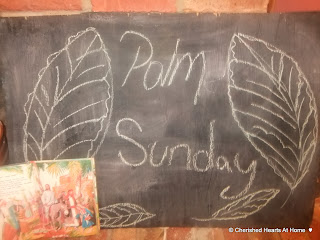 Palm Sunday in our home this year was a fairly quiet but busy day.

Due to the lack of our family van still being fixed (have I mentioned this lately?No probably not, as it has been out of commission for over 5 months now leaving us with just Stephen's work car that until last weekend had no baby restraint fitted allowing mine and Trahaearn's Mass attendance to be virtually nil.)

Anyway most of the family went to Mass in the morning requiring two trips, with the older children going first  (and being the waiting children on the return trip) while Autumn, Trahaearn and I went to an evening Mass. 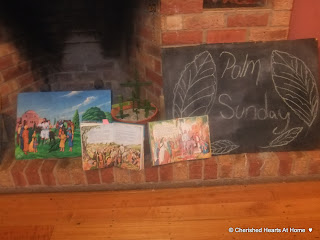 Eden was the orchestrator  of our display  this year. Which I was so thankful to her for. 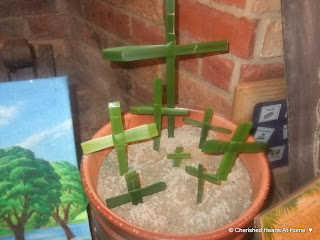 Our palm crosses were not as successful this year as the sags we have used in the past were not very pliable and hence hard to form. So these were our few paltry attempts that managed to survive.
I did love how Eden put them in a pot that I had ready for another activity (that we did not get done by the way) thus making it seem as if that was the idea all along. 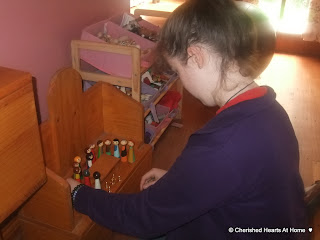 Autumn had fun setting up the disciples and Jesus in the Upper room ready for the week and especially Maundy Thursday for the little children to play with. I am pretty sure she had a very nice time playing with them as well. 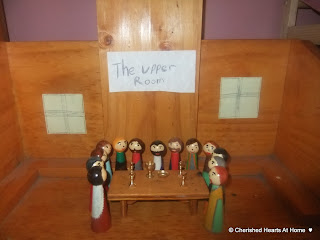 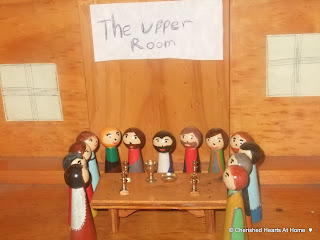 I so love that the children can re-enact these special events with the materials we have for them. It really makes the learning so much easier! 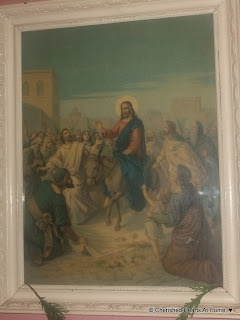 Our Palm Sunday painting we have up all year round with a couple of the new non palms
palms placed on it prior to being covered up with purple cloth. 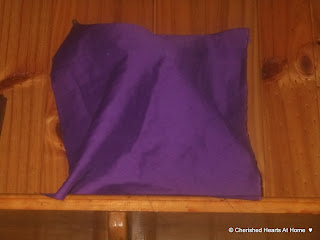 All our statues and religious pictures have either been covered or taken down and placed away for now until Easter. 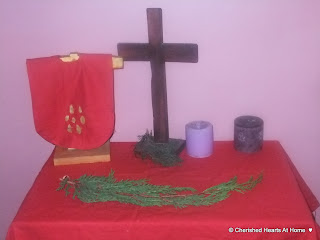 Our Home altar in Red which is the Liturgical colour for the day. 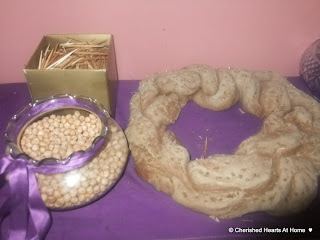 Believe it or not we actually have pulled ALL our thorns from our salt dough crown and filled the  jar with our sacrifice beads and all before Holy week. I think this is a first for us.
Well done children !!

Well that is our Palm Sunday in a nutshell I pray you all have a most Holy week as we begin this final countdown to Easter!