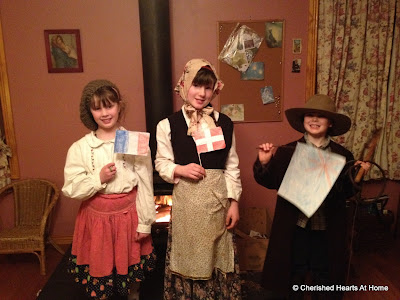 In typical learning fashion in our home with the Olympics coming up it certainly required us to brainstorm some of our  favorite types of activities to celebrate and learn with for the event.

Of course we are late in sharing our brainstorming ideas but here they are anyway~
Themes are nothing in our home without the required dressing up as a particular person or representing anything......and so each of the children choose a country to study and then researched the traditional clothing for that country and tried to replicate this. Here are our ideas we threw together quickly one day:
* obviously choose a country to learn about and to cheer for.
* make a flag for the country of your choice to barrack with
* research about the country and record your information
* choose a national dish both main and desert and we will attempt to cook it
* dress in national dress for the opening ceremony and have flag ready 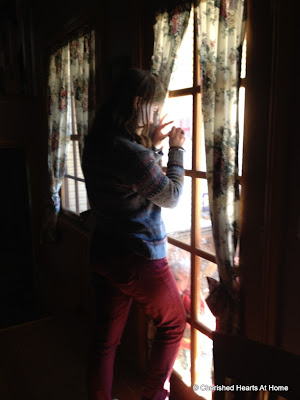 Interestingly enough while Stephen and I ran some errands later in the day Father John our Parish Priest came visiting with Father Augustine  who is our new Nigerian Priest to introduce him to our family .The children were still finishing off their flags when they arrived.

Of course the children were thrilled at the idea, but it was Rogan who was most keen to make it. Not only did her make one for Father Augustine but made the Lithuanian flag for Father John whose parents immigrated from there. We took them to Mass on the Sunday and Father John was so thrilled that he was thought of too. 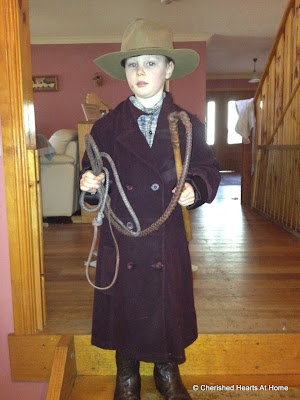 I just love this photo of Corbyn. He decided he had to come as an Aussie Stockman after we showed him the Opening ceremony of the Sydney Olympics. 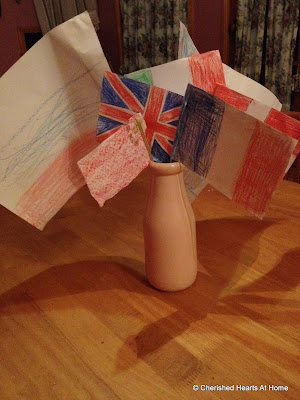 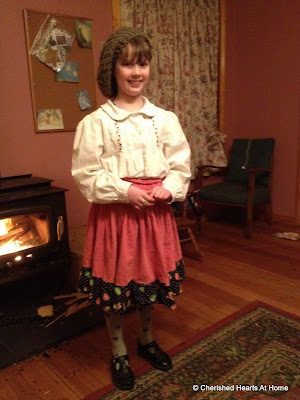 * make medals from clay and paint them or  sculpy
* watch what we can of the games
* Play these games for Tiny Time Games to print, cut and play
* make and obstacle course using the sports as the challenges 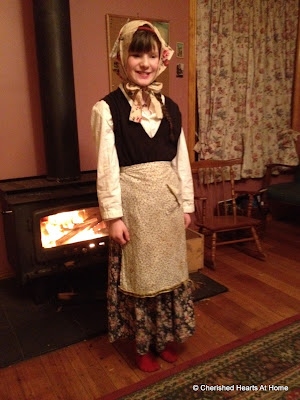 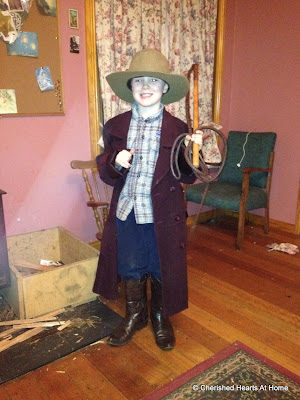 These are not very complicated or very clever ideas. I am sure there are a lot more out there that you could use as well, but for us this will be plenty and we may not even do all these. 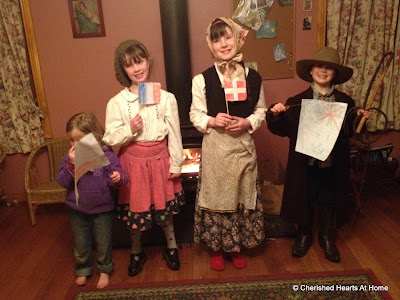 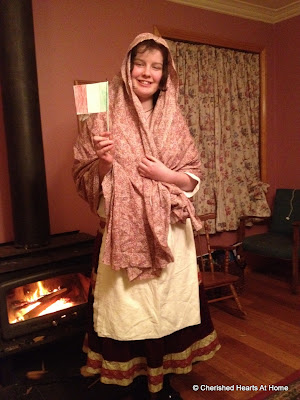 As it turned out, little Trahaearn was asleep when we did this and so his adorable little Chinese costume will have to wait until the Closing ceremony 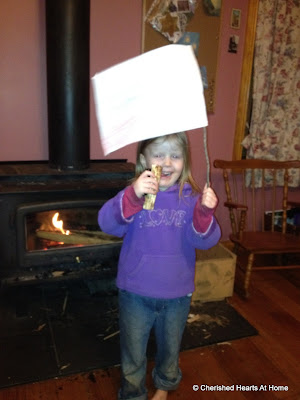 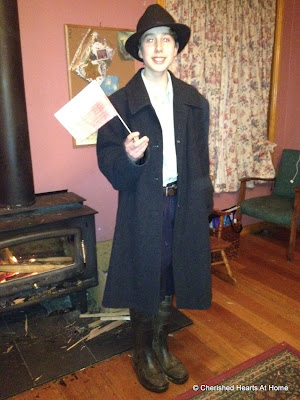 I would be interested in hearing how you have celebrated or learned different things about the  2012 Olympic Games!