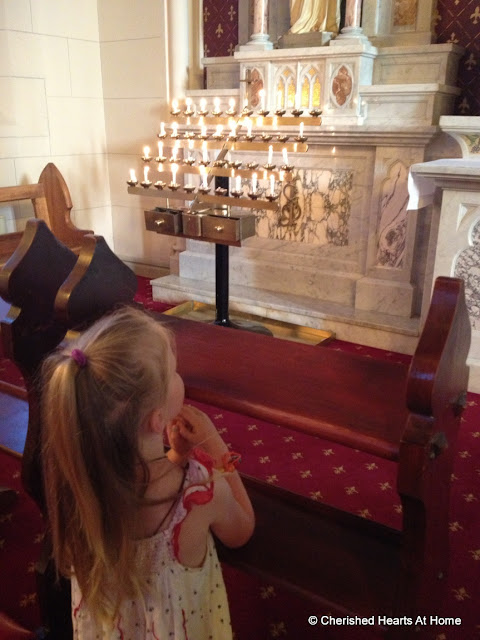 Laetare Sunday or Rose Sunday or even Mothering Sunday, no matter the name it did not change the fact that our celebrations for this feast day were a little on the slim side once again. What is it with Lent and our ability to be sick each year.
This has been a theme I think reading back on my own posts for this day!!

Our day consisted of nothing special but I did get my sewing room organised, hurrah, and my dear husband found my lost sewing machine and overlocker cords, both of which have been lost since we moved here six months ago. He also managed to find my new glasses that got lost in the move from the other house to this one  as we were sorting out the last boxes and things from the garage. So that was a big day for me in accomplishing little things 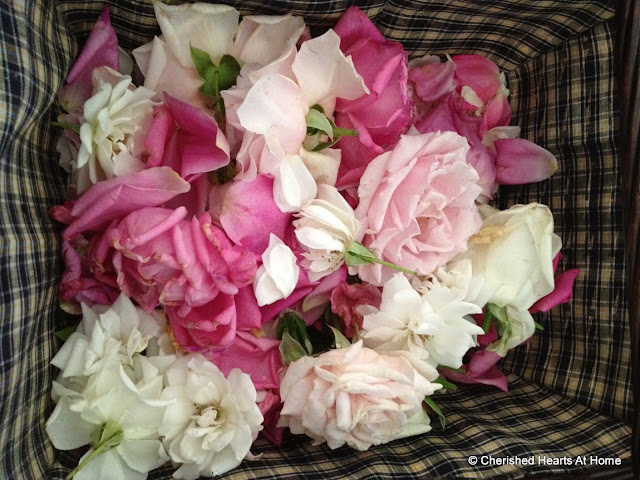 I did get to pick some roses from the garden with one of our little girls to in preparation for making some rose water. Precious moments that I treasure as they come up in the everyday opportunities of life. 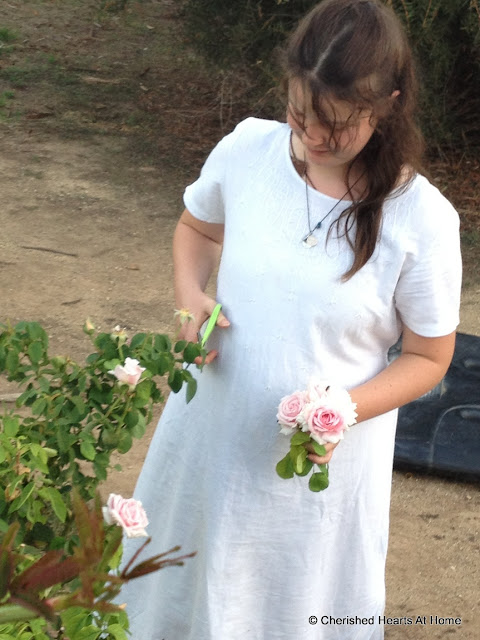 I did ask my other beautiful daughter to pick some roses for the table as we do try to have a Rose theme for this Rose Sunday. 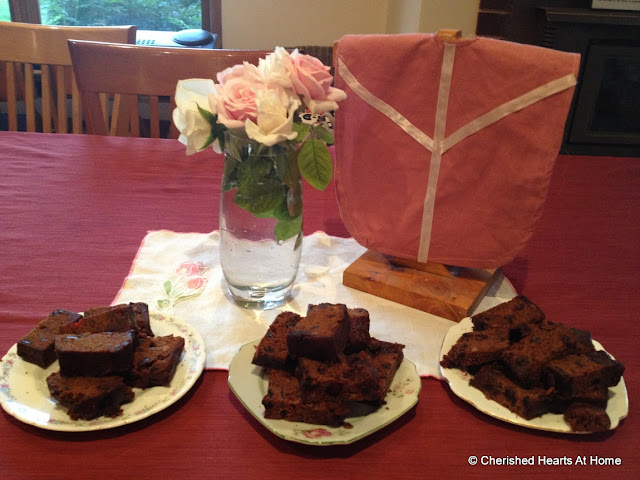 The other special thing we try to do is to have some fruit cake, traditionally called a  Simnel Cake, following in the tradition of the English Mothering Sunday, which Stephen and I grew up with.
As I had not made one in time I picked up a bought version from Woolies on the way home from evening Mass.
We quickly set up a table setting to celebrate this little feast during our Lenten observances.

By the way the first picture in this post is of our daughter lighting a candle after Mass for her prayer intention. She was so adorable!!

In time, it became customary for young people who were working as servants in large houses, to be given a holiday on Mothering Sunday. They could use this day to visit their own mother and often took a gift of food or hand-me-down clothing from their employers to her.
In turn, this moved towards the modern holiday, on which people still visit and take gifts to their mothers.

Traditionally, people observed a fast during Lent. Lent is the period from Ash Wednesday until Good Friday. During the Lent fast, people did not eat from sweet, rich foods or meat. However, the fast was lifted slightly on Mothering Sunday and many people prepared a Simnel cake to eat with their family on this day.
A Simnel cake is a light fruit cake covered with a layer of marzipan and with a layer of marzipan baked into the middle of the cake.

Traditionally, Simnel cakes are decorated with 11 or 12 balls of marzipan, representing the 11 disciples and, sometimes, Jesus Christ.

'Indecently' or is it 'incidentally'?It's just had me a bit confused.
The roses are beautiful :-)