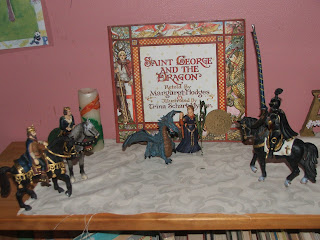 I am finally getting around to posting about our St George day activities.

The children actually did quite a lot and still we did not do everything we wanted.
here is a list of characters form the play they did. It was actually quite spontaneous and they used play cloths and a fes dress up clothes to compleete the outfits. 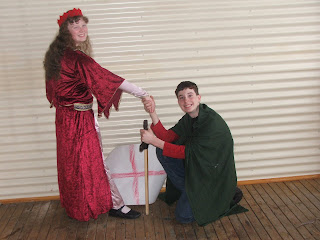 Eden and Saxon as The Princess and St George 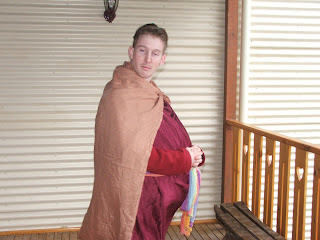 Braedon as the fat jolly king. He is a very funny actor. We can always rely on Braedon for a comedy approach to any skit of play. 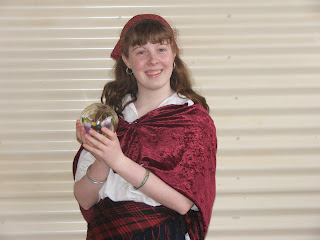 Autumn as the very wise and wonderful gypsy woman. 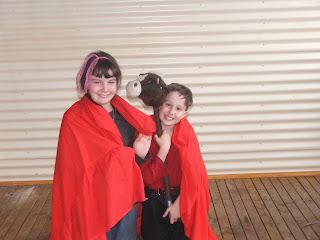 Vellvin and Rogan as the Fearsome Dragon. 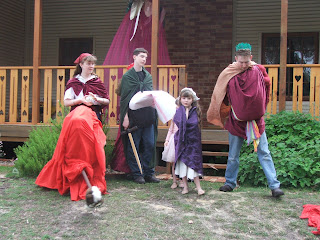 Also Moran as the diminutive queen along with some of the rest of the cast. 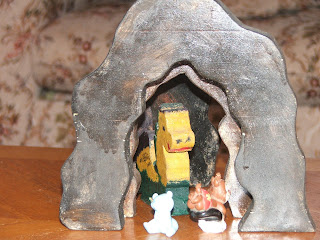 Dragon in his cave with some tasty snacks waiting. We made this cave and dragon for Corbyn last year. 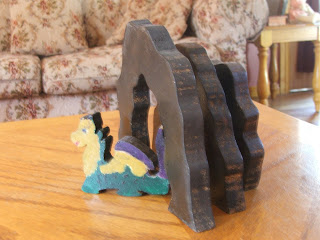 Another view of the cave. 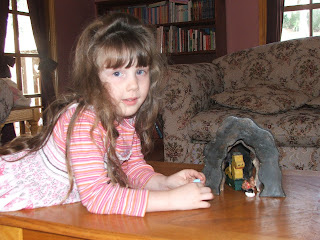 Myffwyn feeding the squirrel and bunny to the dragon. 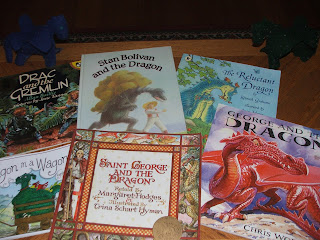 The dragon books we read over a couple of days. 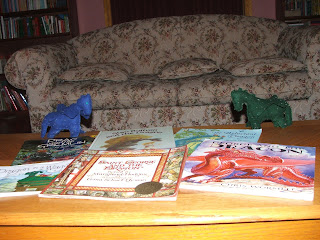 Dragon books along with the two felt dragons Autumn made for Saxon and Rogan last year. 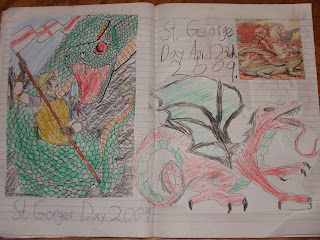 This is some of the work we did to put in the Liturgical Notebooks. 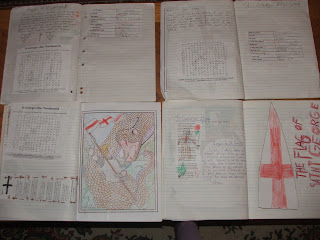 A colouring picture of The dragon being slain by St George. Rogan wasn't happy with the dragon as it had no wings, so he drew wings on his (not pictured). Dragon picture and a Damsel. They also drew and cut out a St George flag. 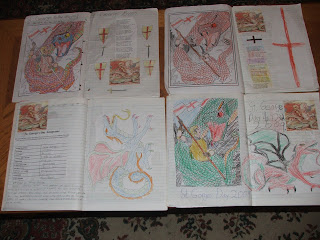 We also sang the Hymn of St George that is sung to Ode to Joy tune (I can't remember where we got this.)
They also wrote out the St George prayer and did a word search and some anagrams based on St George and English themes, these were quite hard for some. 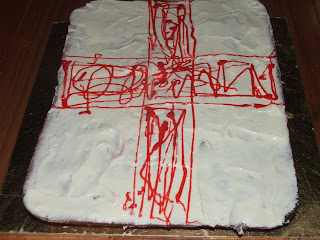 Our St George cake. We only managed this St George flag cake as apposed to the Dragon cake we were planning as we concentrated on the other activities and this was the easy version. Autumn cooked and Eden decorated. 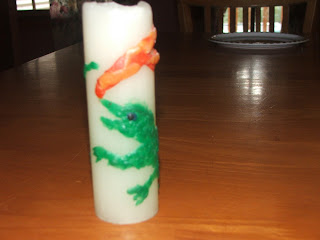 Autumn decorated this candle with an image of the dragon. 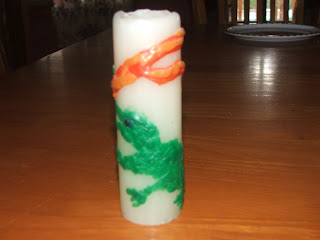 We use this for Michaelmas as well. 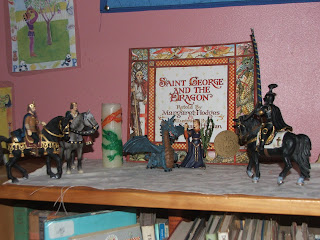 The St George set up on the Easter bookcase display.

I hope you enjoyed your St George Day as we did.

Wonderful. Our children would have enjoyed this so much. I love the Liturgical Notebooks as well.
Janis