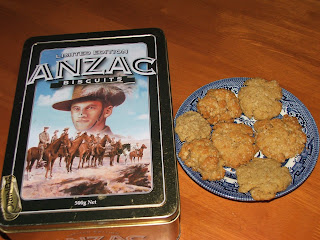 Yesterday was Anzac Day and we have always celebrated this as a memorial to all the brave military men involved in the defense of our nation.
In years gone by we have attended the parade and ceremonies on and off, mostly on. Yesterday we did not.

Always since our older two boys were able they have dressed as Anzacs and "defended" our home turf. These plans have been quite elaborate and over the years included the younger children too.
Yesterday was a new era for our family. The big boys did not get dressed up or get involved in the "defense" of home turf. I was a little sad to see this come to an end as I have such memories of them doing this year after year.

However the other children did participate in the days activities. 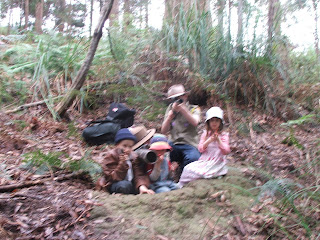 Here they are in the trench that has been dug previously for different war and spy games in our bush. 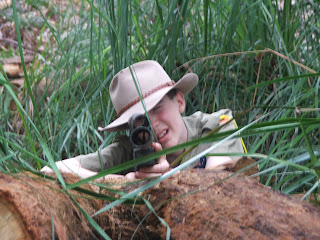 Saxon with a home made sniper gun made by Kynan 3 years ago. 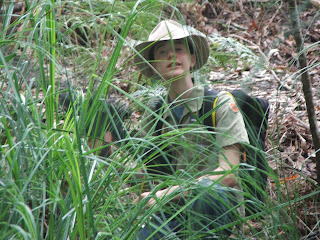 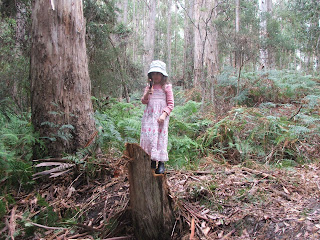 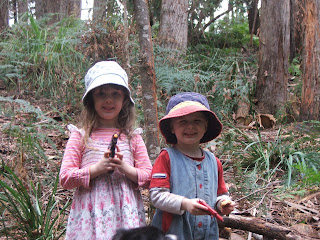 Myffwyn and Corbyn out of uniform. 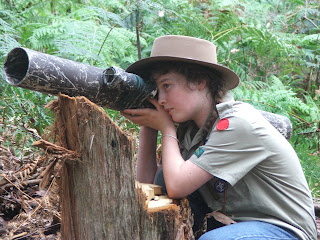 Vellvin lining up something with another home made gun. This time a Bazooka, I think both boys made this. 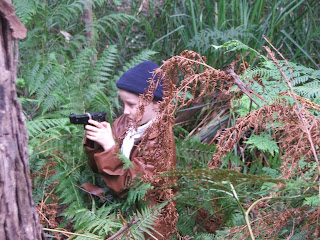 Rogan is a pilot, shot down he is making his way to Allied support. 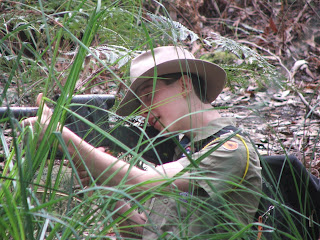 Saxon again keeping everything in sight! 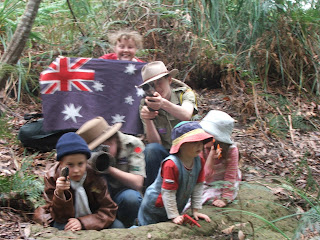 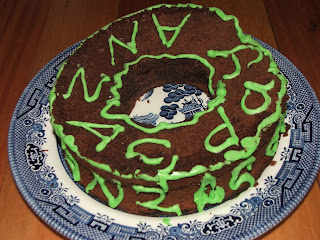 Saxon had gotten up early and made two chocolate cakes for morning tea. When he remembered it was Anzac Day he made Anzac cookies. He made 5 times the recepie to make sure there were enough (just). These are featured above with a cookie tin I bought years ago simply for the Anzac picture on the lid.
I love collecting different cookie tins with different pictures. 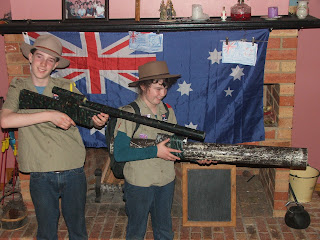 Dressed up in a loose copy of uniforms, as close as they could get using clothes and dress ups again.
Saxon and Vellvin are infantry, with those home made guns. 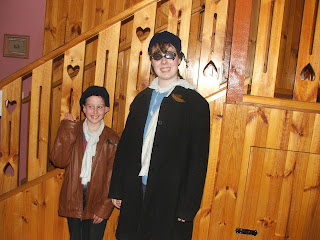 Autumn and Rogan as pilots. 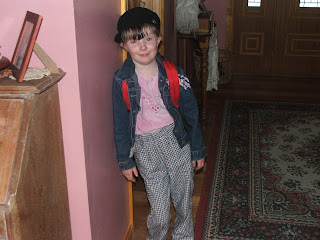 Moran as um I'm not sure. 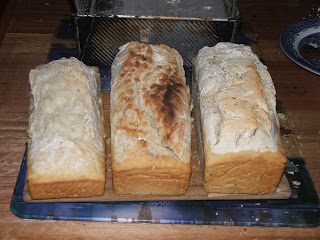 We also make Damper on this day too.
Instead of 2 loaves we had more than we needed as I gave the wrong measurements to start with, as I was feeding the baby, and we had to compensate to recover. Of course we had these with the traditional "cockys joy" or Golden Syrup for the uninitiated.

The children had a great day and enjoyed being part of the remembering of the brave souls who have defended our country.