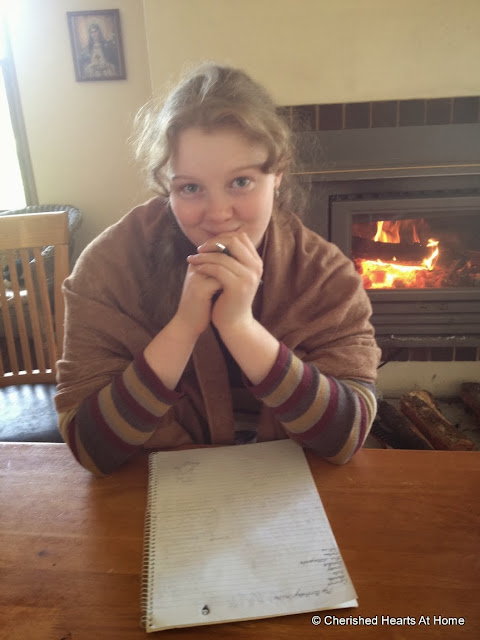 The last of the catch-up birthdays, until we have Saxon's real birthday next week just days before Advent.
Happy non-birthday to you dear sweet Eden.
Yes this birthday post has a story of it's own.

Eden has wanted a theme birthday for her 18th birthday since before her 17th and has been planning and making things for simply ages. 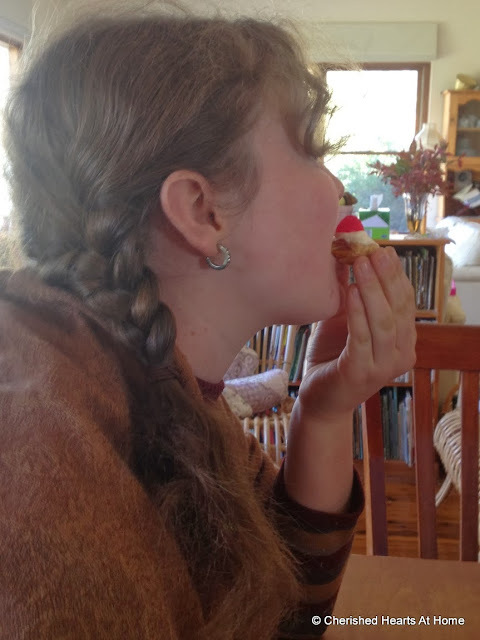 So Eden wasn't sure when to even have her birthday at all and only now have we got a date (in January next year) a mere 6 months later than her actual birthday in July.

This year Eden started working part time at KFC and she is doing extremely well there. The managing staff love her and she started a trainee ship with them almost from the start of her time there.
We are so proud of Eden as she can be  little shy with new beginnings and so this was an opportunity that she sought out herself and started under her own initiative.
It isn't what she wants to do with her future but it does bring that extra cash with which she has enjoyed very much. 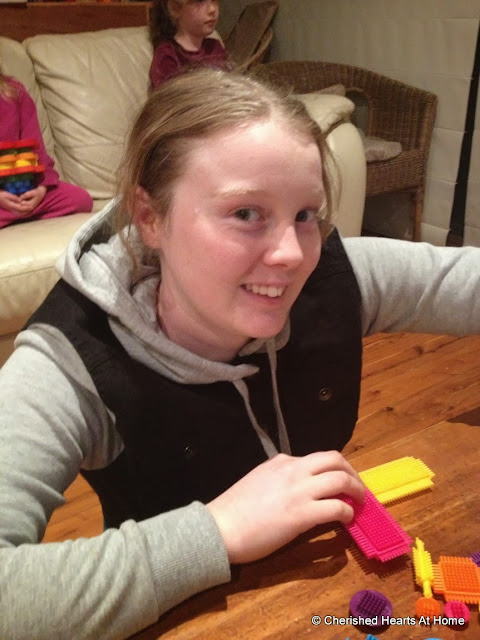 With that extra cash she has been most generous in her giving with her siblings and she gets such a kick out of sharing that with others that I am having to often 'advise' her to just think about how you are spending that money.

Having said that she is not frivolous and is a most generous and giving young woman. 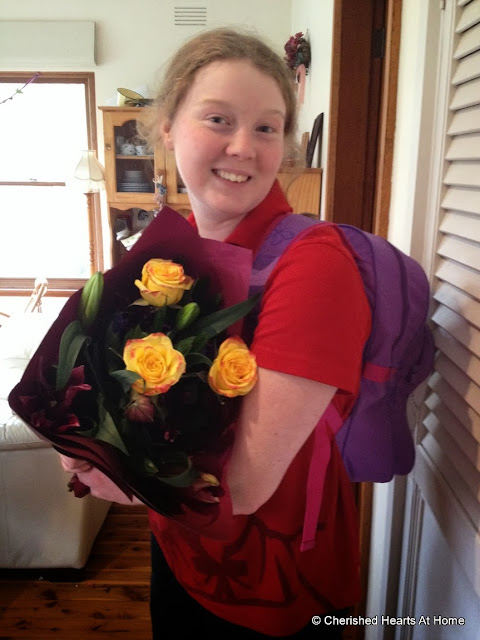 It has been a learning experience to be working part time, studying at home and fitting in the other activities that she has been doing.
Needless to say there has been some growth happening as Eden adjusts to this new arrangement and we have been both frustrated at times and at other times amazingly surprised with the way she has handled situations. 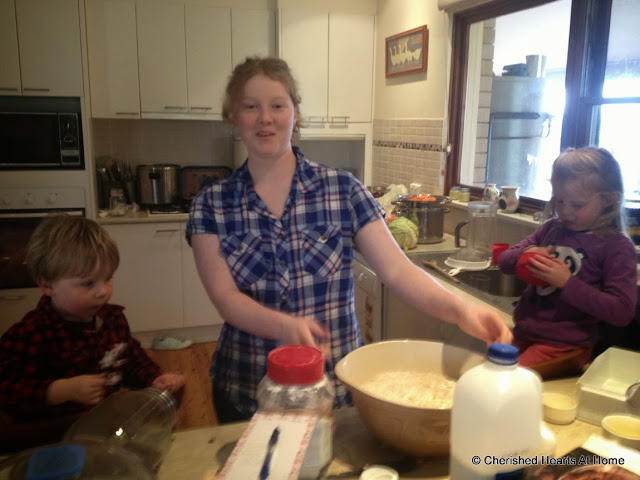 Probably she is like her Mama in the fact that we have so many different and varied interests that it is hard to fit it all into an ordinary day.
Eden is probably one of our most arty and crafty girls and I really love observing this in her and then planning and making things with her of this nature. 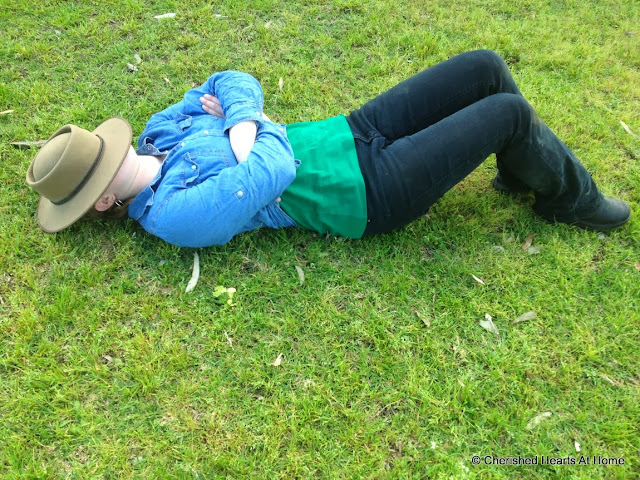 This was a picture that I needed to include too as just after this quiet moment of relaxation she had little ones crawling all over her. 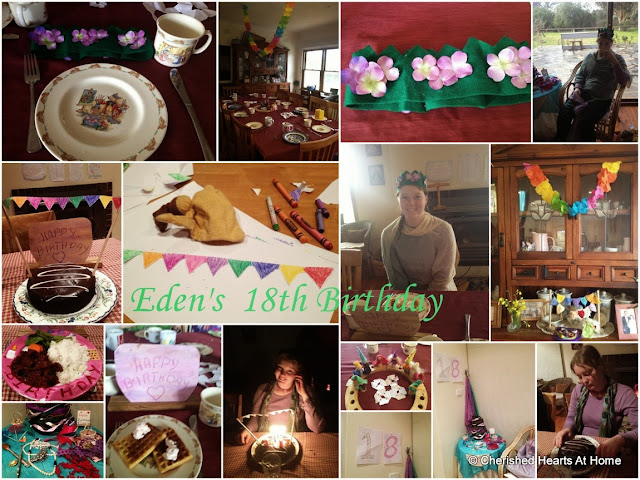 So after much discussion we decided to have a birthday with presents and cards, crown and painted saint. Everything except the theme birthday cake and celebrate as a family and have the party at a later date, now actually confirmed.

For the actual/non birthday we had toaster  waffles with maple syrup and cream, Mediterranean lamb and rice for dinner.
I cheated with a Woollies mud cake (as the real cake will be later) but I did make some pretty paper bunting  for  the top of it, which I loved.

She had a lovely day not doing much and reading Percy Jackson for virtually the whole day, as we bought  her some of this series. She is like Vellvin like that for birthdays too.

Once again I am so thankful for a beautiful daughter who is growing up into such a fine example of inner and outer beauty and for her generous spirit and compassion.

Happy birthday to our most precious Eden (and for your celebration in January).
All our love always,

What a loving tribute to your daughter, Edin. it was nice to get to know her through your words. She is so beautiful.
Beautiful on the outside and beautiful imside with her thoughtful gifts for her family.
Have a onderful "non birthday" Edin.

Oh oh, so sorry I spelled your name incorrectly Eden.