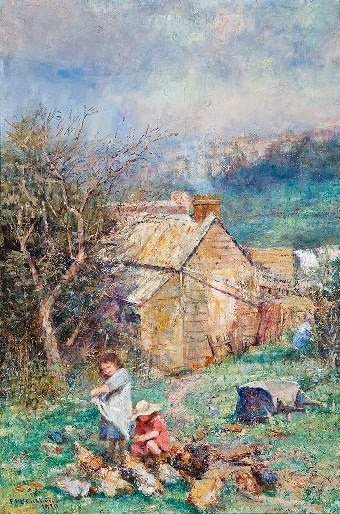 Seasonal Verse:
*Look Out! Look Out!
Jack Frost is about!
He's after our fingers and toes;
And, all through the night,
The gay little sprite
Is working where nobody knows.
He'll climb a tree,
So nimble is he,
His silvery powder he'll shake;
To windows he'll creep,
And while we're asleep,
Such wonderful pictures he'll make.
Across the grass,
He'll merrily pass,
And change all its greenness to white;
Then home he will go,
And laugh, "Ho, Ho, Ho!
What fun I have had in the night!"
-----------------------------------------------
* Little snowflake, light snowflake, In your white skirt float down;
From the clouds you come drifting To us here on the ground.
Come and stay on my window Like a lovely bright star;
Draw some flowers and ferns, too Bring us joy from afar.
Little snowflake, come cover All the flowers with snow
So they’ll sleep warm and safely Till the spring breezes blow.
hear here

The North Wind doth blow
And we shall have snow
And what will the swallow do then, poor thing
Oh did you not know
He's gone long ago
To a country much warmer than ours

The North wind doth blow,
And we shall have snow,
And what will the doormouse do then?
Poor thing.

She’ll curl in a ball,
In her nest oh-so small,
And wait for the coming of spring,
Poor thing.

The north wind doth blow,
And we shall have snow,
And what will the daisies do then?
Poor things.

They’ll stay in the grass,
‘Til winter has passed,
And wait for the coming of spring,
Poor things.

The north wind doth blow,
And we shall have snow,
And what will the swallows do then?
Poor things.

Tell me the same old story,
When you have cause to fear
That this world’s empty glory
Is costing me too dear;
And when the Lord’s bright glory
Is dawning on my soul,
Tell me the old, old story:
“Christ Jesus makes thee whole.”

Poetry:Winter Time – R. L. Stevenson
* LATE lies the wintry sun a-bed,
A frosty, fiery sleepy-head;
Blinks but an hour or two; and then,
A blood-red orange, sets again.
Before the stars have left the skies,
At morning in the dark I rise;
And shivering in my nakedness,
By the cold candle, bathe and dress.
Close by the jolly fire I sit
To warm my frozen bones a bit;
Or with a reindeer-sled, explore
The colder countries round the door.
When to go out, my nurse doth wrap
Me in my comforter and cap;
The cold wind burns my face, and blows
Its frosty pepper up my nose.
Black are my steps on silver sod;
Thick blows my frosty breath abroad;
And tree and house, and hill and lake,
Are frosted like a wedding-cake.

Stories/Books:
Angel Food
Enchanters End Game
The Festival of Stones
Any seasonal or liturgical ones  that may fit in with the day

* The Land of The Fire Fairies -Adapted from Anne Elizabeth Allen
This is a very old fairy story that children enjoy so very much.  Again we can use our beautiful playsilks to dramatize this tale.  A red silk bunched up can be placed on the floor ahead of time to symbolize the flames of the fire Ted falls asleep next to.  If you have a small figure dressed in red to hide under the silk, this can be the fairy that comes out to tell Ted that the King has sent for him.  Now take your red silk and lay it long and narrow for the 'road' that they travel.  You can just tell the tale as you move your fairy down the road (or you can really take the time to set up beforehand and have small figures on each side for the other fairies working on logs, houses, etc.).  Use a large figure for the King of the Fire Fairies and speak in a deep tone as you tell his part.

The east wind was blowing the falling snow into drifts against the house, fences, and trees. Colder and colder it grew, and little Ted, who had been out playing snowball, suddenly burst into his grandmother's room, crying:
"Oh, I'm so cold"

He took off his coat, hat, muffler, and overshoes, stamped his feet and shook off the snow. A bright fire was roaring in the grate, and Ted lay down before it to warm himself. He began to watch the flames dancing up the chimney and disappearing into the darkness above. Picking up a stick, he lighted it and held it up the chimney, trying to see whether he could tell where the flame on the end of it went; and he was enjoying himself very much, when his grandmother called to him to put down the stick.  "Why," said Ted, "I am just playing, and want to see what becomes of the flames when they go up the chimney."

"Yes," said Grandmother, "perhaps you do; but the fire king does not allow people to play with his fairies. They are meant to do work, not to play."  "The fire king!" said Ted, as he dropped the stick into the fire; "who is he, Grandmother?"  "I've never seen him," she answered; "but he lives in the land of the fairies."

With his toes turned toward the fire, lying on his back on the warm hearth, Ted soon dropped off to dreamland, the home of the pixies and fairies.  No sooner had he reached that queer land than straight out of the roaring fire jumped a tiny little fairy clothed all in red, who said to Ted:

"The king of the fire fairies has sent for you. Will you come with me?"

Ted was up in a moment, and jumping into the fire, followed close behind the tiny little leader. The bright red road along which they traveled was very interesting. On either side was a fringe of gray moss-like ashes, and as they hurried along Ted saw the fire fairies at work by the hundreds. In one place they had a large log they were working with, which was sending up great flames and much smoke. All around the log were the blackened remains of the grass they had spoiled. In another place a beautiful house was being torn down and burned up by these little mischief-loving fellows. Again, he came to a large stove in which were many of them were helping a cook get dinner ready, and warming the cold fingers and toes of a little boy and girl.

The fairy who was leading Ted went so fast that he did not have a good look at any of these things, and very soon the fairy shouted at the top of his little voice, "Look!"  Ted did look, and straight before him was a larger palace than he had ever supposed could be built.  Flames were bursting out of doors and windows, and the roar made Ted hold his ears, it was so loud.
On either side of the great front door stood a large giant whom the little fairy said were the giants Heat and Light.  Putting Ted safely on the top of a high wall, the fairy disappeared into the palace. And just at that moment a giant greater than either of the others came to the door. In a voice that sounded like thunder and shook everything around, the giant called:

"Where is the little boy I sent for?"

Ted knew then that this was the great fire king, and was frightened, but answered quickly, "Here I am!"  Then the giant said: "I have sent for you to tell you that my fire fairies are not to be played with. They never hurt any one unless they are played with and taken away from their work; then they are sure to hurt the person who disturbs them."

How frightened little Ted was as he promised faithfully never again to play with fire! He was glad when the giant, satisfied with his promise, shut the great door and disappeared, and his little guide in the bright red suit came skipping toward him, and offered to take him back home.

On the way back he found things changed. The stove was black and cold, and the people who had been warming themselves around it and getting dinner had gone away. The house was burned to the ground, and only a few sleepy fairies were showing their red coats in the gray rubbish. Where the log had been only an ash-heap remained, which the wind was carrying away. The road was no longer red, but dusty, and Ted found that he could walk much more slowly.

How tired he was! His face felt so warm, his body so stiff-and what was that noise? How much like the dinner-bell it sounded! Was that the fairy who was slinking him? A long stretch and a yawn, and his eyes flew open. There was his dear grandmother trying to get him awake.

"Did you see him, Grandmother," asked Ted.
"See whom?" she answered.
"The fire fairy," said Ted; and then began to laugh when he saw his grandmother's eyes twinkle.

"Oh! Grandmother," said he, "I have really been to see the giant king of the fire fairies, and have seen his palace and the two giants Light and Heat that guard his door."

Closing Verse:
* Here’s a heart in my hands (hands together)
I hold it very near (bring to chest)
I share it with my family, and all I see right here (gesture open)
Today our hands were busy (hands turn over)
Tonight we all shall rest (hands to face, as in sleep)
And every day I strive (one hand up, other hand across body)
To do our very best (slowly lower raised hand)
and snuff out the candle.