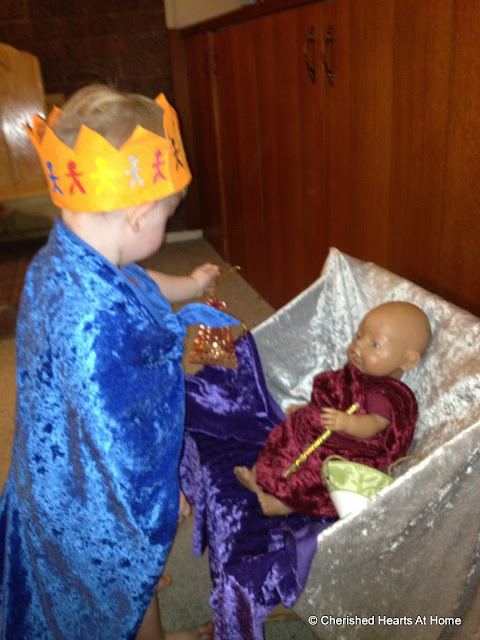 The second part of our Epiphany celebrations is usually the King cake and then the presenting of the gifts of the Three Kings to the Infant King. 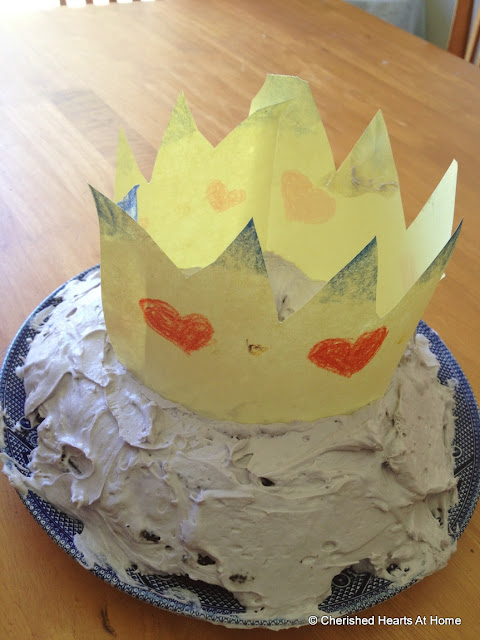 First we make a King Cake and then I place three beans in instead of the traditional one. As we have found we like to have the choose of kings for our presentation to be from the  finding of the beans in the cake. 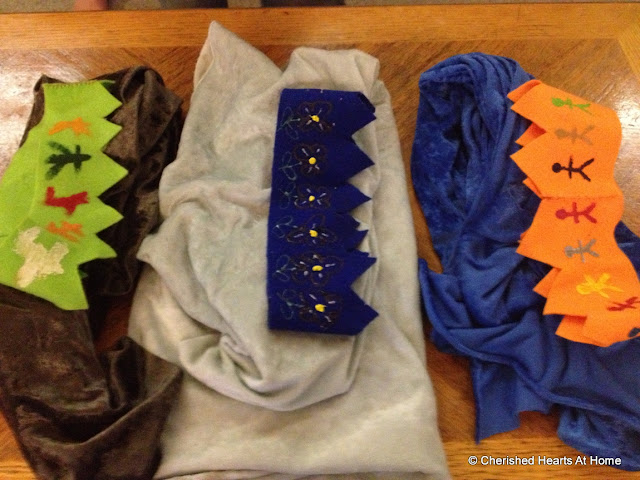 As we keep the  preparations to a minimum, we use birthday crowns I have made in the past and have the capes or robes of the Three Kings from our play cloths for the dressing up part of this celebrations.
Dressing up is a very important part of our celebrations and is always a fun thing to do! 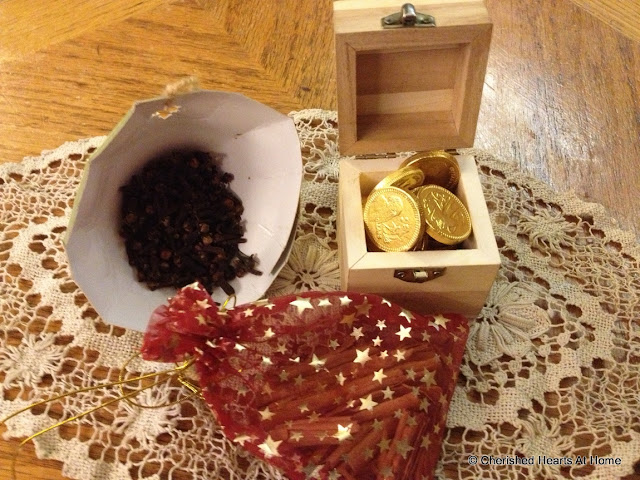 As I could not find the containers for the gifts from last year, I asked my trusty helper Rogan if he would take care of that for me. So in our wooden box we have the chocolate coins for the gold. the small bag with stars has cinnamon sticks for frankincense and the cardboard  cornucopia with cloves for the myrrh. 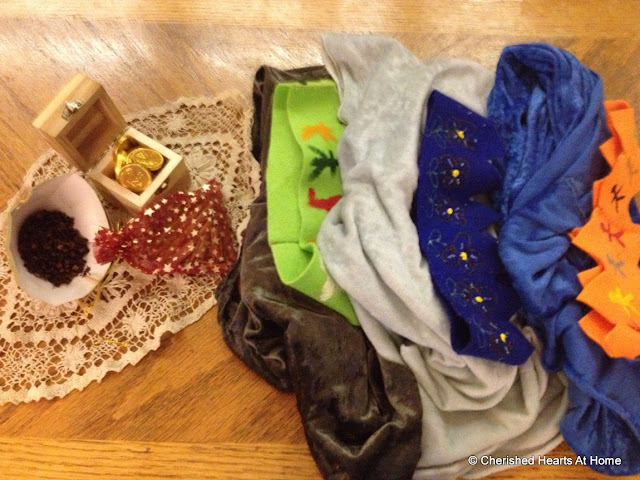 We place them together on a table for the three Kings who found the beans to choose their gifts and their costumes. 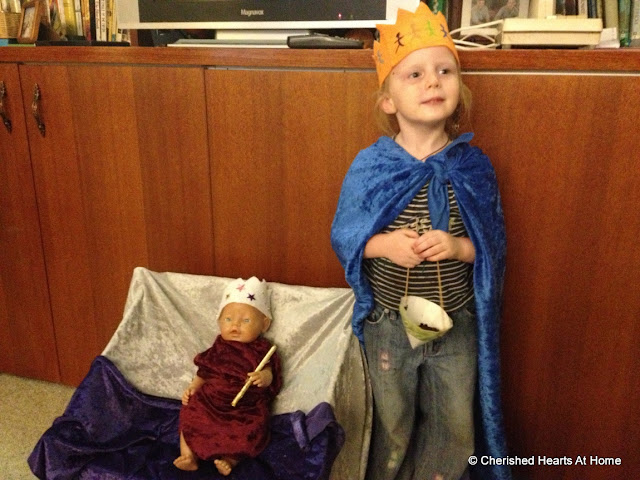 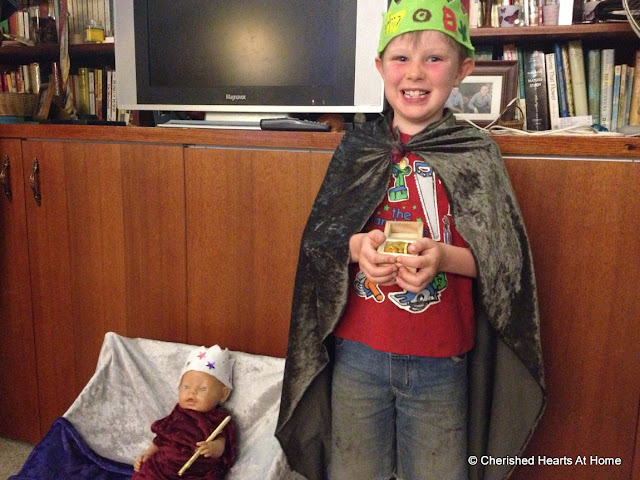 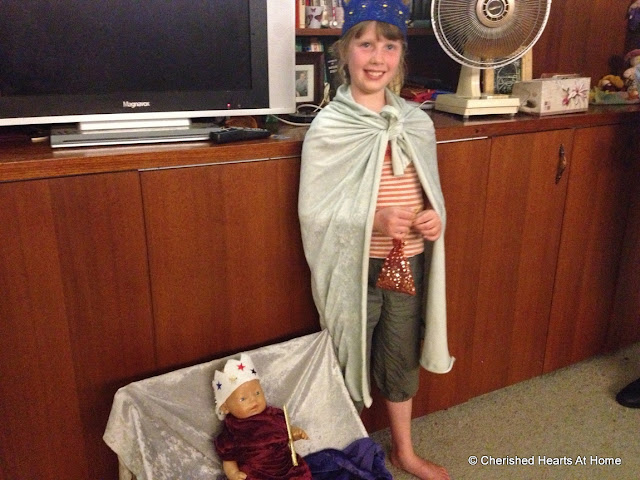 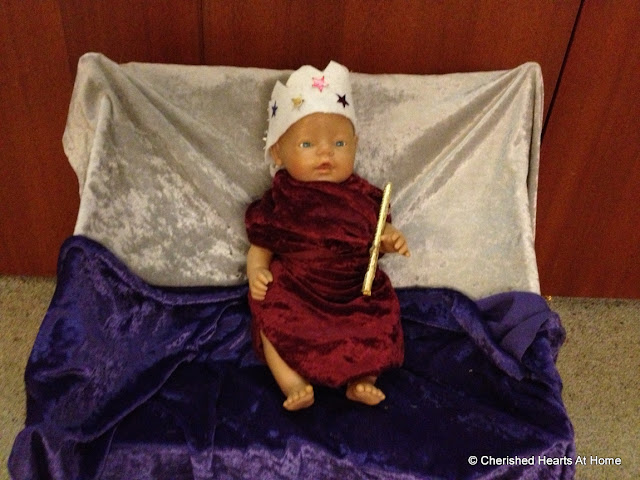 The infant King awaiting His gifts 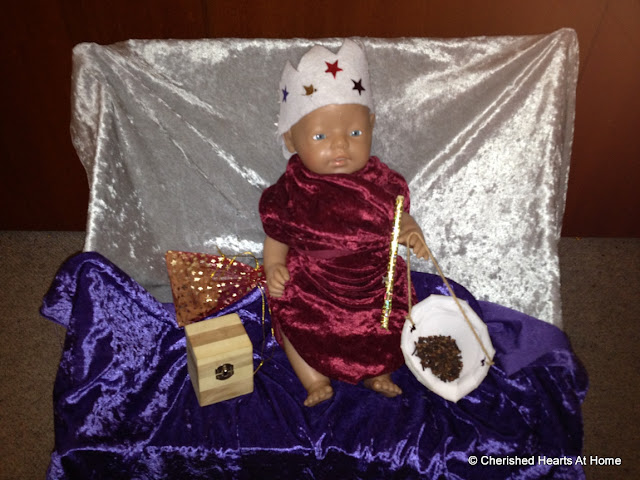 And with His gifts afterwards 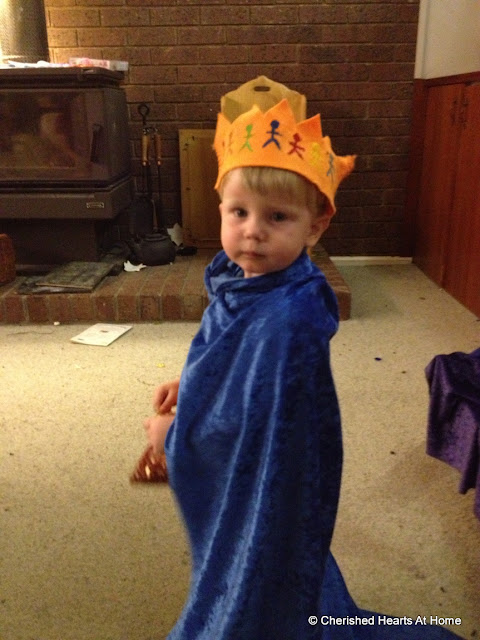 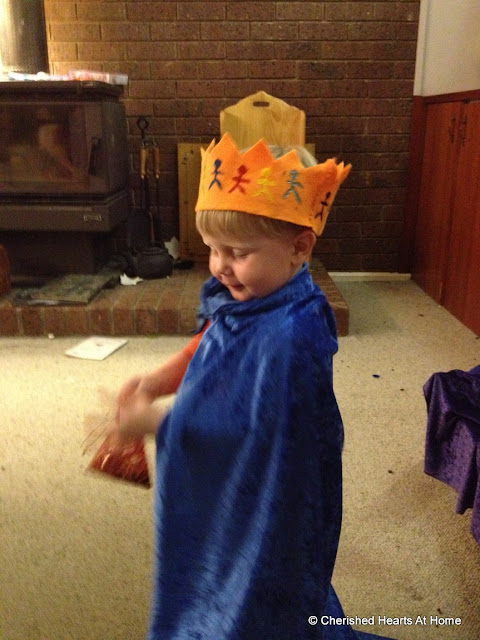 Trahaearn had to dress up when the others were finished doing the actual 'play.' He was so sweet. He kept presenting the gifts over and over again. 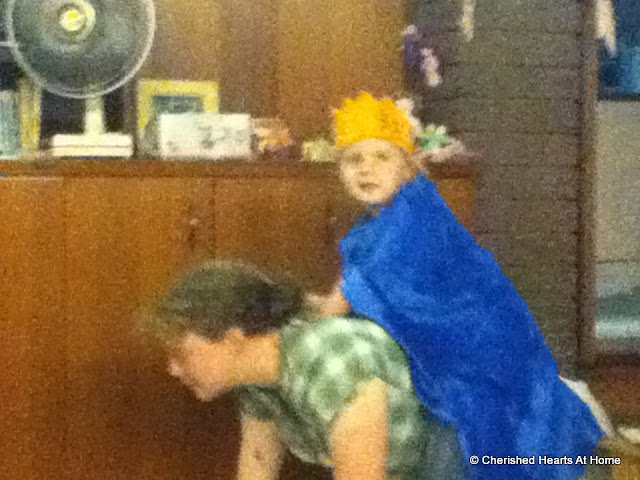 These photos are blurry for some reason. Perhaps the movement of the participants.
But the children insisted that they needed donkeys or camels so Eden became a donkey for Arwen 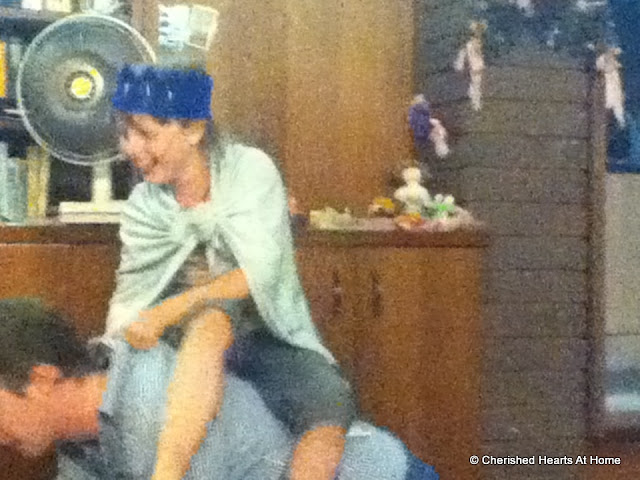 Myffy was too giggly wiht her transportation, ie her buddy Braedon. 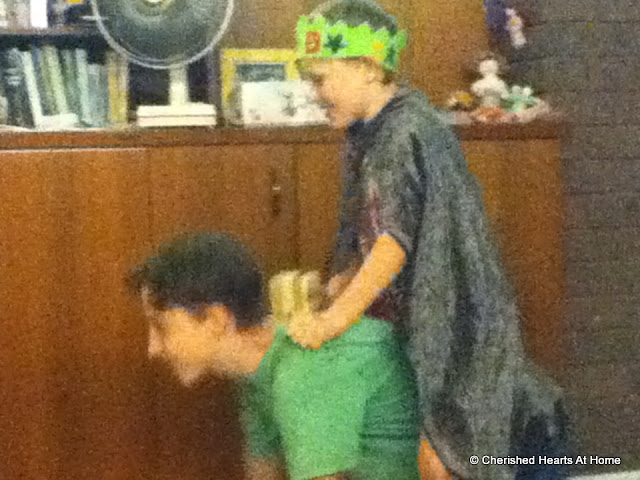 And Rogan volunteered to be the camel for Corbyn 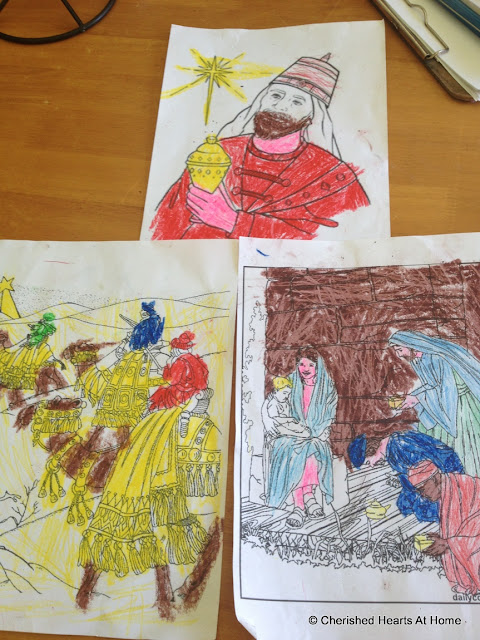 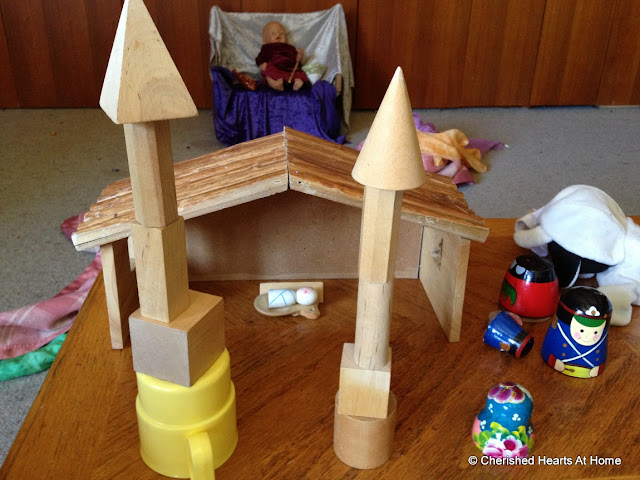 And our little ones before we pack up our decorations which we do on Epiphany had to create a small home for baby Jesus.
As I had not turned the actual video on for the re-enactment of our presentation of the gifts. I did ask the children to do it again, which they were happy to do but alas they were a little silly by that stage.