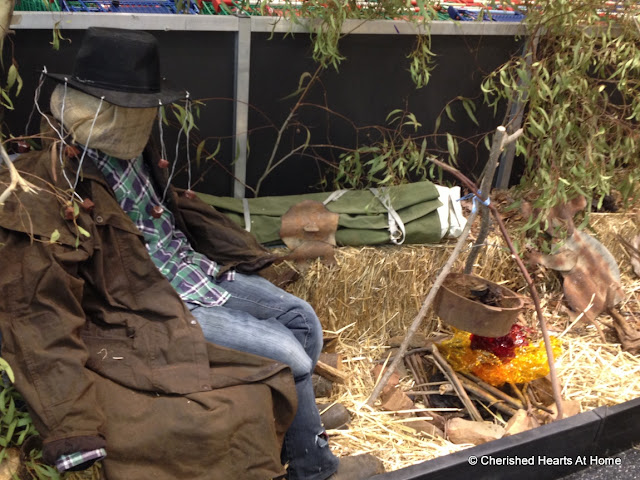 Yesterday we had a relatively quite celebration of Australia Day in fact we were debating whether we would celebrate n the actual Australia Day or on Monday which is the official public Holiday.
Obviously we went with the original plan and celebrated in a fairly quiet way 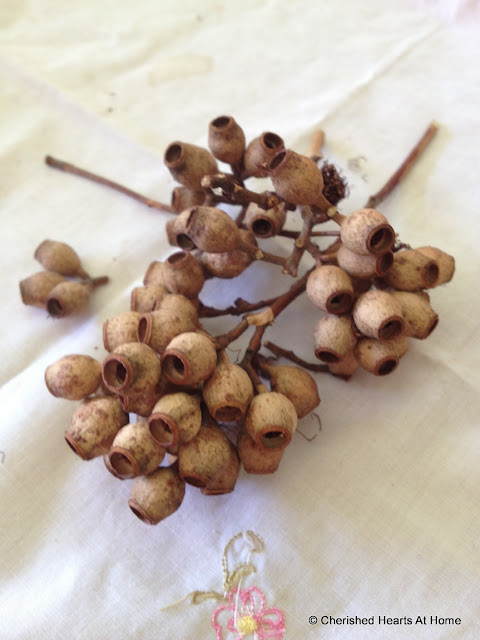 When the little children woke up they started running around singing "Happy 'stralia day" over and over again!
They really were so happy with the thought of it being Australia Day.

Corbyn brought me some gum nuts which he had picked off the the Eucalyptus tree in the yard. He was so pleased to offer me this gift from nature as good as flowers  in his opinion, as indeed they were!! 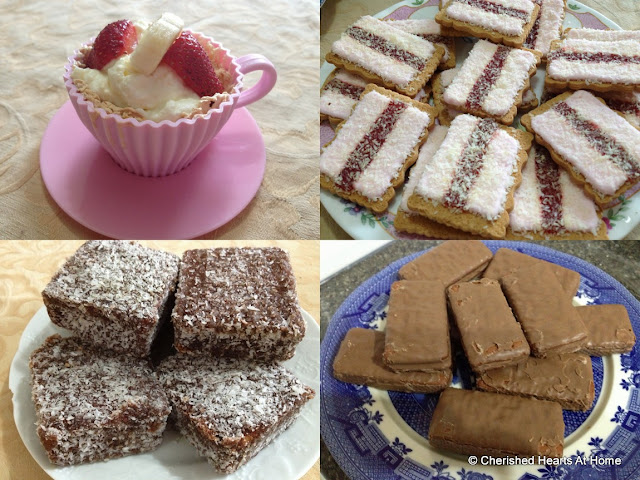 Like I said it was very low key: "lots of sugar full wheat full" food which was really not that great for anyone.
I really need to work out some better planning to have no sugar and wheat in our celebration foods.

The ones above are from left to right around: cup cake pavlova, iced vovo, lamington, and tim tams. Very traditional Australian food. 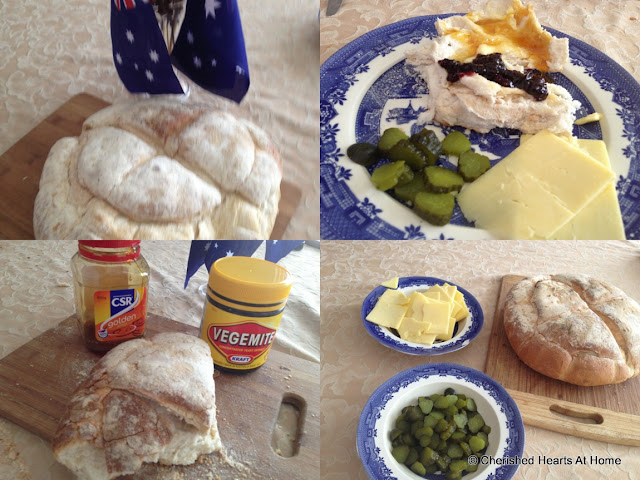 WE had to have damper for lunch....we always do and the favourite is home made in a dutch oven over a bed of coals. However as we cannot do that here, in Summer with a total fire ban on, it is good old woollies to the rescue
Naturally we have gherkin and cheese with it making it into a ploughman's lunch or some golden syrup and Vegemite again two traditional Australian foods. 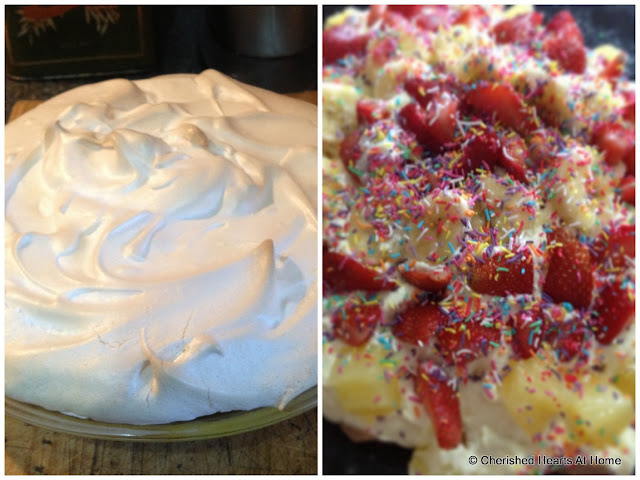 For sweets we had lemon meringue pie and pavlova with lots of cream and fruit. As Corbyn and Myffwyn decorated they decided it just had to have rainbow sprinkles on it as well. 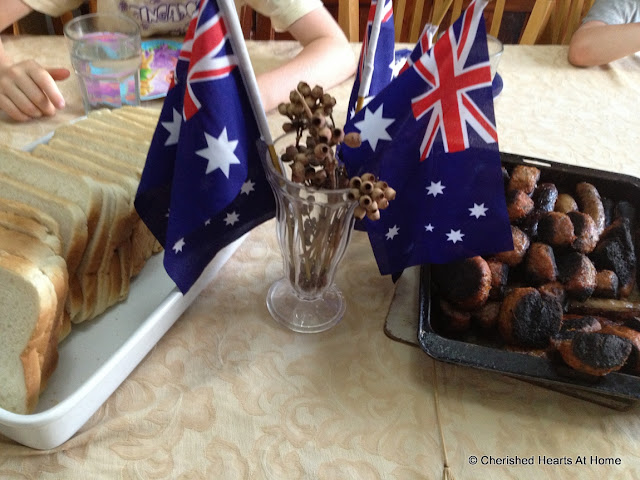 Last but not least we had a good old Aussie BBQ with sausages, rissoles on bread.

Indeed we had planned on  playing some board games together  as well as some cricket if Stephen could have his way and of course a swim.

As Stephen and I went to choose some new glasses we ran out of time for all but the  swim and the fact we still have sick people in our home, Mama included.

So as we come to the end of our celebrations I wish you all a very happy and blessed  Australia Day......

I love all the Aussie foods, what a great spread! It was a bit confusing with Aussie Day on the Saturday this year wasn't it, I actually went shopping and did normal things during the day and then went to an Aussie Party that night :)