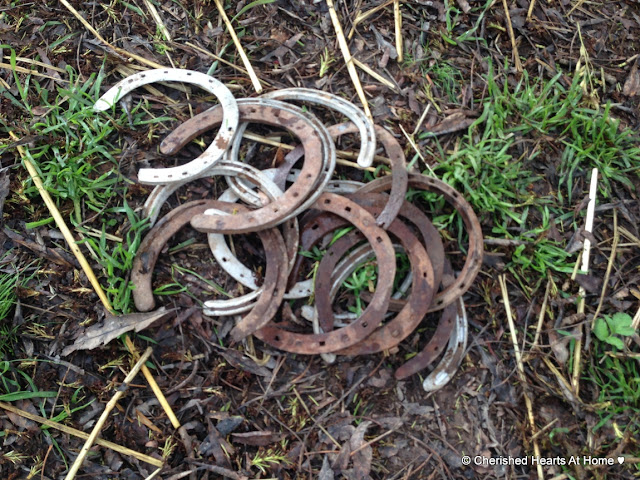 Outdoor play is a big part of our children's lives.
I encourage lots of outdoor time as I believe it helps the children both physically, mentally and emotionally.

Just the other day the children found a heap of horse shoes and one of the games they started to play was of course that old game of Horse Shoes.
This was suggested by Autumn as she was outside with the little ones and they were looking for something to play, something different to what they had been playing 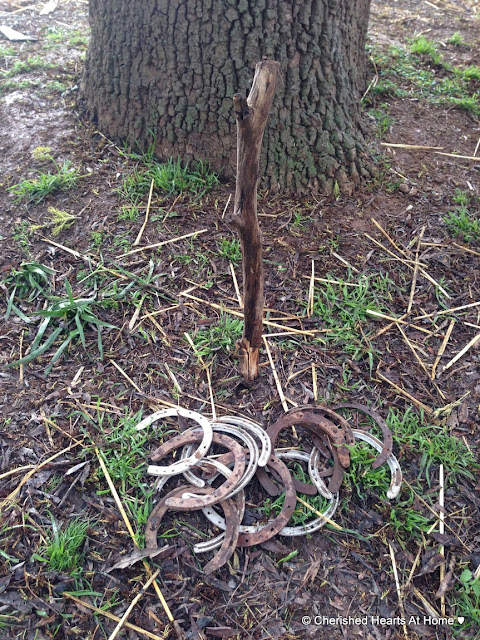 A simple stick found laying around and shoved into the damp earth provided the required catching part of the game. 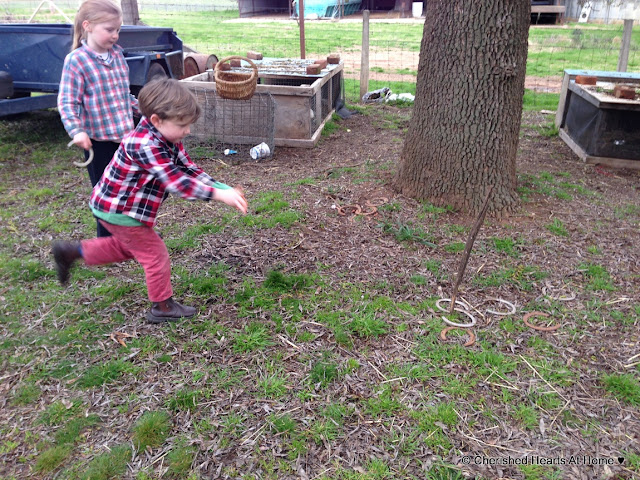 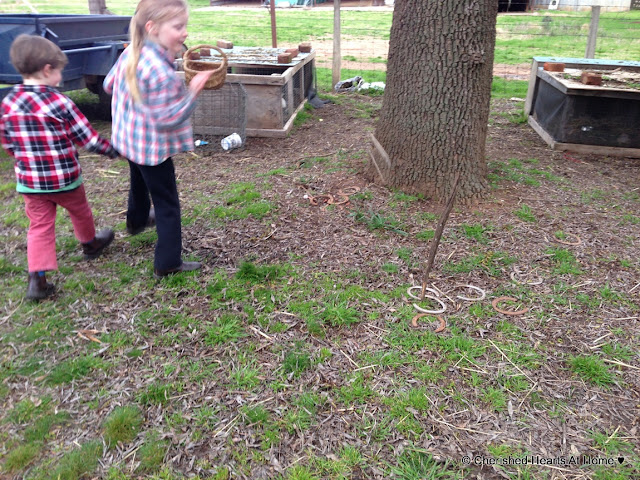 followed by Arwen of course.
Well technically they played together for a while. 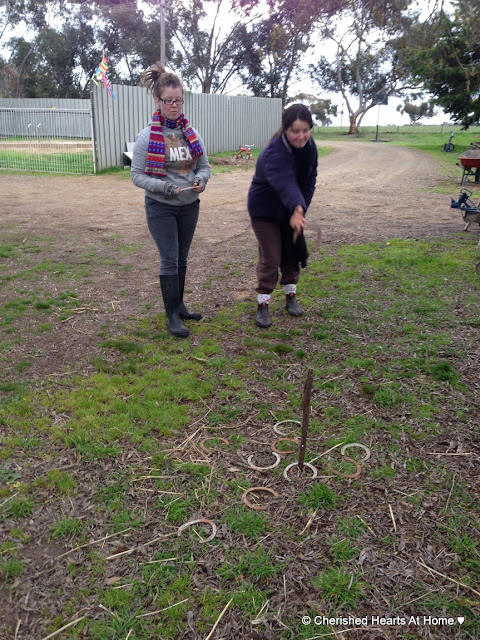 The game was such a great success that the older children wanted to play as well. 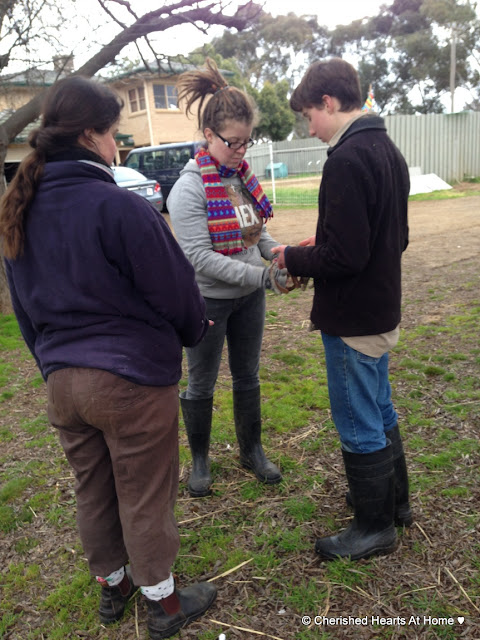 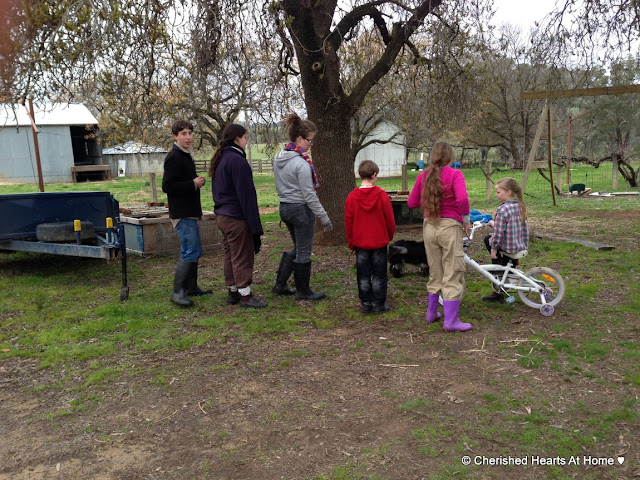 Yep one of the advantages of lots of family around is that we can have a good competition. 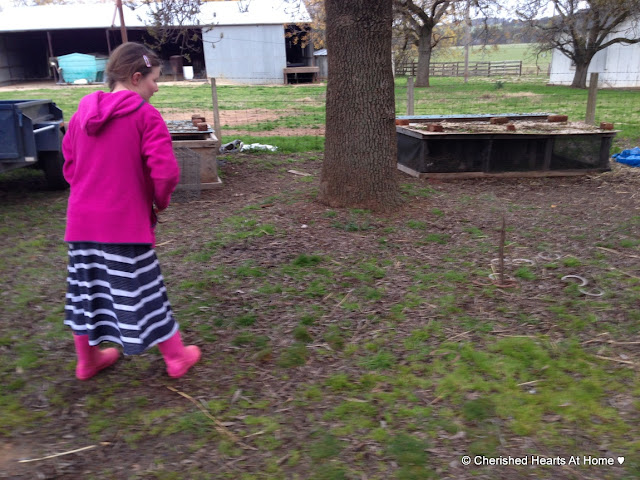 Someone prefers to try things by her self and so waited till the others had moved on to other pursuits.

And that is a typical type of day in our home with the improvisation of whatever can be found just lying around!!